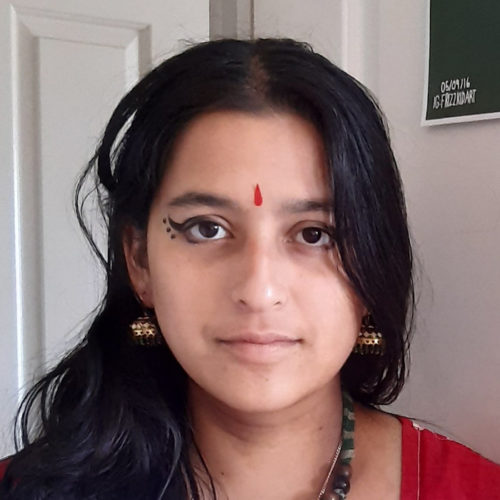 ‘Magic’ is a trickster word. It can be defined as practices that seek to harness the supernatural… But that definition wriggles out of a lot of messy politics.

The term has a tricky history as a politically motivated insult, one used by European colonists to demonise the practices of colonised people and classify them as ‘uncivilised’. On the flipside, many have found power and liberation in using it to reclaim traditional practices in defiance of this oppression.

As a result, ‘magic’ can never quite escape its politicised nature – and certainly not when it crops up inside British museums, many of which were built with money from the transatlantic slave trade, or to house the spoils of empire.

As an Indian woman who has spent much of my working life in these spaces, I was therefore both drawn to and worried about Bristol Museum’s visually stunning ‘Do You Believe in Magic?’ exhibition, which I visited before coronavirus brought it to a premature end.

To its credit, Bristol Museum has taken some steps towards thinking about decolonisation, for example in its Uncomfortable Truths project. But the growing unease that parts of ‘Do You Believe in Magic?’ inspired in me struck to the heart of what happens when museums don’t deal with the oppressive legacies stitched into their foundations, and just try to curate on top of them.

Such an approach can manifest itself in various ways – notably around absence, as was the case here. For example, items on display from white communities were often accompanied by anecdotes about the person they came from, alongside descriptions of what they were used for. But many of those from communities of colour, particularly those from indigenous and African communities, were simply labelled as having been ‘collected’, with the year this happened and in some cases details about their ‘collector’ rather than the culture the items were taken from.

When details beyond ‘collected’ are lacking, it is hard to be sure whether items are there through colonial theft. But an absence of personal stories, and that racialised concept of ‘collection’, make it hard not to draw that conclusion, particularly for those of us from communities unwillingly schooled in what silence in racialised spaces really means.

Such foreboding can also be inspired by far more literal silence. The Bristol Museum’s exhibition featured videos of folks explaining their magic practice – all of them white-passing, and talking about white, Western magic traditions. True there were quotes on the walls, from a Siberian shaman and Maya Angelou’s ‘Life Doesn’t Frighten Me’, presumably to compensate for this lack of people of colour talking about their practices on their own terms. But such an approach enables the magic of the white West to speak for itself, while leaving the traditions of people of colour literally voiceless.

Other kinds of selective framing can have equally harmful results. For example, positioning religions that are based around many gods as inherently more ‘magical’  than those that feature only one promotes the old colonial opposition of ‘heathenism’ versus ‘real religion’.

By the same token, making lazy generalisations about ‘non-Western societies’ effectively means pigeonholing the cultures of the vast majority of people in the world – and fitting them into a reductive binary of ‘good’ and ‘evil’.

Sadly, both of these faults were on display in ‘Do You Believe in Magic?’. It omitted Western and Christian traditions from a section on magic and faith and, in taking a look at witchcraft, made simplistic assumptions that in every non-Western culture, something that is feared is the same as something viewed as wrong.

Moreover, in attempting to address colonialism’s oppressive watermark on the concept of ‘magic’ – via labels like ‘witch doctor’ and ‘medicine man’ – it characterised the motivations of colonisers as mere confusion, and their actions as inevitable accidents that occurred through an innocent desire for knowledge.

‘Why we must challenge media narratives of Travellers’

Analysis: How £35 million of public money was ‘lost’ to Bristol Energy

In reality, labelling people in this way was part of a political strategy to mark them as less human than Europeans, and to purposefully attach shame to their food, gods, clothing, languages, bodies, stories and families – in short, everything that made them ‘them’ – to weaken their resistance to subjugation. Shame which was designed to prevent healing, and to this day keeps people severed from their families, loathing their bodies and fearing their minds.

In a nutshell, acknowledging the evil of colonisation while obscuring how deliberate that evil was is the granddaddy of: “My racism isn’t racism because I grew up never seeing a Black person.”

Ultimately part of the power of ‘magic’ is its place at the disquiet of margins. Sites of movement, meeting, uprising. This is why it is a political target, and a means of resistance – it can nourish communities in ways colonisers can’t understand, and is a tremendously potent tool for healing from political trauma.

We desperately need more curators from marginalised communities who can bring their perspectives to the artefacts museums display. In an exhibition such as ‘Do You Believe in Magic?’, this could have resulted in a spectacularly transformative act of healing. Anything less threatens to build a spectacle of our cultures on imperialist scaffolding.

Under lockdown, social work has gone virtual. What happens when the real world comes back? »