“Yes, it’s a snail.” When I call Rujina, she’s out with her three children, six-year-old Rafi and preschoolers Ezra (3) and Nyla (2).

The pandemic has meant that she and her husband are taking it in turns to work and look after the children, each spending three days working and three days looking after the kids, except for Wednesday, the day I’ve called her, when they both split the day between work and childcare. Wednesdays are long days, she tells me.

“Some parents have to do that the whole week so we are quite fortunate,” she’s quick to point out. But does admit that the juggling act they’re having to perform on a daily basis “can be quite full on”.

Ezra and Nyla usually go to Easton Community Children’s Centre (ECCC) nursery, but it closed to all but keyworkers’ children in March.

The government initially announced that nurseries could welcome back all children from 1 June, keeping them in consistent groups of 16, but it just wasn’t workable for a nursery caring for 72 children across three age groups, says James Rideout, the nursery manager.

It would work for a small nursery in a church hall in the Cotswolds, he told me, a little bitterly. But bubbling multiple age groups in the same room was neither financially nor physically feasible for a busy inner-city nursery, with limited space and staff. As they’d already stayed open for keyworkers’ children, the number of children they were able to bring back in June was in the single figures.

But last week, the government announced a relaxation of the bubbling system from 20 July, which will allow them to invite more children back, prioritising older children who’ll be starting school this year.

Rideout says that opening fully under the new measures isn’t possible with the setup and staffing and 30 families won’t be able to come back until September at least. Trying to balance families’ needs for childcare with coronavirus protocol and the financial impact of all this will remain a challenge for the nursery for some time.

This means families like Rujina’s will likely be juggling work and childcare for the forseeable. She admits that being so busy all the time is taking a toll on their mental health. “It’s been one of the single hardest challenges, having to be a parent, teacher, employee, everything, all rolled into one.”

Running on a skeleton staff

Rideout says the nursery was forced to choose between letting down families – many of whom needed childcare provision to be able to work – or staying fully open – paying all staff but getting less income from sessions – and risk bankrupting the nursery in the long-term. If they were thinking purely in business terms, they would have closed right at the start of lockdown, furloughing all their staff.

Instead, they’ve been running at a loss, which is going to force them to make some tough choices in September. They initially remained open for 22 keyworker families on rotation and furloughed 60% of their 45 staff – 35 were off during the peak of lockdown. With only six staff left, they were always at risk of temporary closure. “If one person calls in sick we don’t close, but if two do we do.”

Staying open with the skeleton staff still meant the nursery was running with a 70% loss of income, says Rideout. He says they’ve been working to make up the loss by “begging and borrowing” – applying for grants from private funding bodies. They’re still waiting to find out the outcome of  their application for the government’s charities funding, which only opened to applications in May despite being announced at the start of April.

Rideout later tells me that throughout lockdown they’ve been forced to flip flop, sometimes daily, on plans to reopen, as government guidance changed with little notice. The news section of their website is filled with increasingly frustrated updates.

Miriam, a social worker, and her husband were the last parents to get their child, two-year-old Jude, in before the nursery reached capacity under the new measures in June. Despite being a keyworker, she’d been trying to hold off bringing Jude back in case another family needed the place more, but trying to juggle work and childcare was bringing her close to burnout.

“I’m working with really vulnerable clients, and having to fit everything into half days and take phone call after phone call, with people really suffering at the moment… The emotional weight of holding all of that in really short bursts of time while having a toddler running around outside just wasn’t really sustainable.”

But being able to provide for more families hasn’t come without its cost.

At the start of lockdown, the nursery was given £130,000 pre-funded places for 3- and 4-year-olds to survive closure. But Rideout says they’re now having to increasingly use this money as each new reopening stage happens.

When we first talked, he said that this partial opening wasn’t sustainable, and he wasn’t sure how long they’d be able to continue like this, but it “might get the key worker families through the eye of the storm.”

“We’re running at a loss for this great reopening scheme,” Rideout tells me, detailing how opening more fully has meant they’ve had to open all the rooms and bring back more staff – all at a loss. He says they’ve basically been asked to run a bankruptcy model for no extra money.

Nurseries that have furloughed all staff and closed because of coronavirus will probably end up far better off financially than the ones staying open. “Meanwhile the nurseries filling gaps are being screwed into the ground.”

ECCC isn’t alone in its struggles. Like many sectors, Early Years has been facing a funding crisis for years. Now, the Early Years Alliance (EYA) has warned they’re at the brink of collapse, with chief executive Neil Leitch calling the government’s attitude towards Early Years settings “frankly appalling”.

Leitch said that they had received numerous reports from providers nationally “who want to re-open their provision to all children, but are unable to do so without the fear of going out of business”. As of 4 June, only 10% of childcare places had been taken up and the lack of demand made it financially unsustainable to reopen fully.

“We know one in four providers fear permanent closure within a year, so it is absolutely vital that the government acts urgently to offer appropriate transitional funding for providers to ensure that the sector survives this crisis.”

While the ECCC doesn’t have any issue with a lack of demand, the money they get for the sessions they are able to run hasn’t been covering their staffing costs and overheads.

The nursery was already struggling financially before this. Their fees and salaries are already 20-25% below market rate, but Free Early Education Entitlement (FEEE) funding hasn’t increased in four years. In fact, it’s gone down by 2% since 2017, and with rising minimum wage and pension requirements, providing childcare now costs nurseries 30% more.

“These are key services that enable millions of parents across the country to work,” Rideout tells me, frustrated.

He says the £130,000 they received at the start of lockdown “makes up 25-35% of our income at best. Even making what savings we can since lockdown, we need 50-60% to survive and that shortfall isn’t being filled. We’re a charity nursery, we lose money as it is.”

Bristol City Council distributes the FEEE to around 180 nurseries to deliver free entitlement to more than 8,000 children. Rideout says there has been plenty of “hand wringing” from the council but very little actual support, and sometimes they’ve made things worse.

He says the nursery is still waiting to hear back about their application for discretionary funding grants, and adds that the council still charged them business rates in April despite them being entitled to a rates relief. It took a formal complaint to get the money returned, two months later.

A Bristol City Council spokesperson said: “We regret the error that led to Easton Community Children’s Centre being charged business rates in April and ensured this money was returned to them as quickly as possible as soon as this was brought to our attention.”

“Full summer term funding was provided to the centre at the start of the Covid-19 lockdown regardless of whether the provider was open or closed and whether children attended or not.”

““We are sympathetic to the financial pressures Early Years settings are under during this time and have raised the concerns over their long-term sufficiency with the Department for Education directly.”

They added that, to date, no nurseries have advised that they have permanently closed due to COVID-19.

Rideout says the council are shooting themselves in the foot by refusing to offer any financial support. “There’s no appetite for propping up what is actually a working operation in the meantime.”

He adds that the council, which is obliged to provide nursery places, will have difficulties if nurseries go out of business or, as the ECCC is going to do from September, stop offering subsidised places for 2-year-olds, effectively passing the burden of provision back to the council. He says it’s not an act of revenge, but what they need to do to survive.

He says losing unfunded services to coronavirus-related financial problems will leave the council “struggling to fill the holes that they have created” and will end up costing the council more than supporting these services now would.

He says that the nursery will survive financially. But not without making some painful choices about what services to cut.

ECCC is raising its fees in September, and for the first time childcare will cost parents more per hour than minimum wage, which Rideout acknowledges will make their childcare “functionally unaffordable” to lower earners. Provision for babies will cost 10% from September and Toddlers and pre-school will go up by 20%.

“Someone needs to pay. If the local or national government doesn’t do it, it’s the users of the services”.

Have you been affected by changes in early years provisions during the lockdown? Please get in touch if you’ve got an experience to share. Interviews can be on or off the record, and can be anonymous.

Tell us your experiences of struggling to rent in Bristol

After publishing an investigation into evictions since the government ban introduced during the pandemic was lifted, we want to hear about the experiences of people in Bristol struggling to find somewhere to rent. 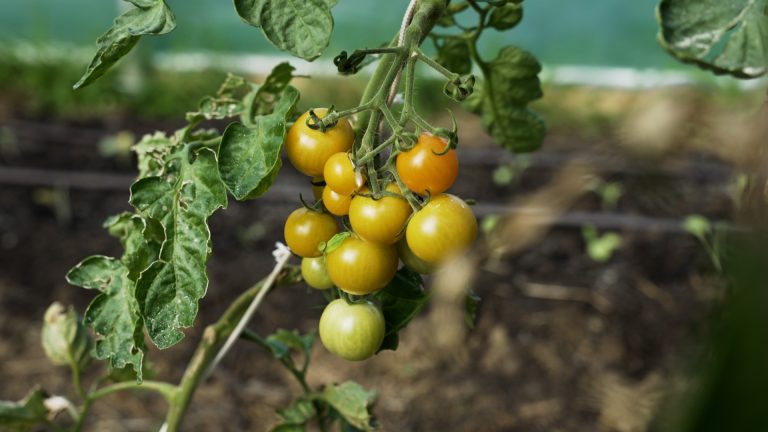 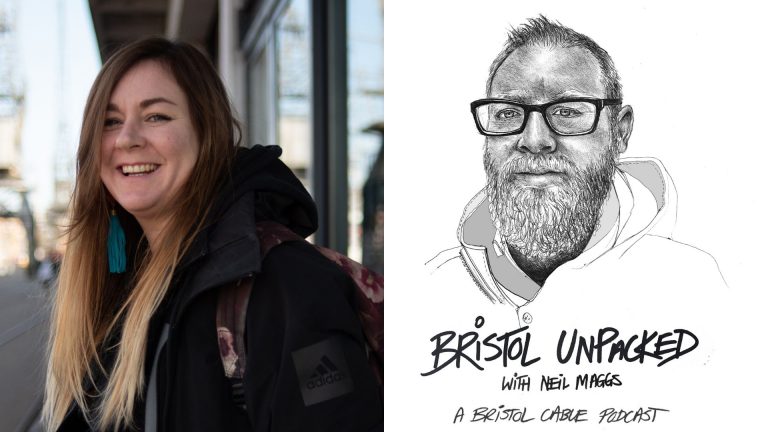 Listen: Bristol Unpacked with the city's 'night Tzar' Carly Heath on sexual entertainment, drugs on the dancefloor and the recovery of a bruised sector

After a long stint working in Bristol's nightlife, in March Carly Heath was appointed by the council as Bristol's first ever Night-time Economy Advisor.

‘Covid meant I didn't have a job any more’: dozens of Bristolians face eviction after pandemic ban lifts