Delroy Hibbert is a born and raised Bristolian, community activist and diehard Bristol Rovers fan. Delroy was at the centre of a Bristol Cable video, seen by hundreds of thousands of people, that captured a very tense moment with agitated protestors. It ended in an iconic photograph of Delroy and a veteran shaking hands in front of the Colston plinth.

Why, as a Black man, did he go to an ‘All Lives Matter’ protest? How does he respond to any criticism he may have received, what are his thoughts on racial disparity in the city, and how can the black and white working class communities build bridges? 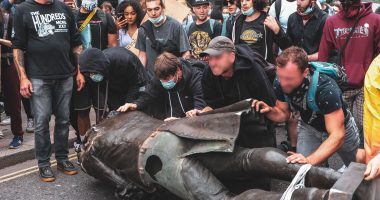