Marti Burgess hit the headlines as the first Black person to join the notorious Society of Merchant Venturers, the 500 year old business and philanthropy club of slave trader Edward Colston and other members of Bristol’s elite, then and now.

Marti is a corporate solicitor, chair of the Black South West Network and St Pauls Carnival and is involved with a multitude of other activities in the community including as the owner, along with her family, of Lakota night club in Stokes Croft.

So how could a Black person join such an organisation that some have declared as irredeemably racist and elitist? Marti explains to us her motivation for joining, and what she plans to do from within in an effort to build a better Bristol.

by Mark Steeds and Priyanka Raval on 26th October, 2020

Mark Steeds from the Bristol Radical History Group, co-author of From Wulfstan to Colston, tells the story of the origins, history and development of the Society of Merchant Venturers 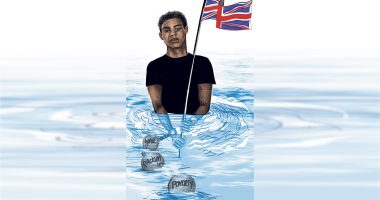 A backtracked BBC decision earlier this year to not sing the words to Rule Britannia at the Proms kicked off the most recent debate about the song and Britain’s past and present.