By Adam Postans on 22nd July, 2020
REPORTS: avon and somerset police, crime
The ex-undercover cop hid the fact he was running a second-hand car dealership with a man who had “very dangerous” known associates in organised crime. He denied the allegations.

A decorated ex-undercover cop who commanded covert operations for many years against Bristol gangsters committed gross misconduct, a panel has ruled.

The former officer hid the fact he was running a second-hand car dealership for at least three years with a man who had “very dangerous” known associates in organised crime.

The officer, referred to as Officer W, told the police misconduct hearing in a statement: “The hearing is the outcome of a criminal investigation that was strongly biased, flawed and a mammoth mud-flinging operation driven by personal bias and agendas based on my mismanaged whistleblowing status against senior officers.

“The conduct of the officers involved is subject to a substantial and serious complaint currently being investigated by an independent constabulary.”

But the panel rejected his claims and ruled on Tuesday (July 21) that he failed to declare a business interest with a man codenamed Red.

The Avon and Somerset Police misconduct panel decided he would have known that Red’s associates were well-known criminals, including a “prolific gangster” referred to as Black.

The two-day hearing was held remotely in private with one member of the media present.

An order was made that every individual and business in the case must remain anonymous, with names replaced by colours, apart from Officer W, who received a number of commendations during his police service, including a “rare” honour from the Met Police’s deputy commissioner.

The hearing was told numerous transactions involving thousands of pounds went into and out of his bank account from his business partner Red’s companies.

The officer was given luxury cars to drive, including Range Rovers, Mercedes, Audis and BMWs, as part of the deal, it was alleged.

The panel rejected the officer’s explanations that it was all innocent, although he admitted having a business interest in the car firm in 2018, the year the company folded owing customers money.

It also threw out claims that his judgement was impaired because of the medication he was taking.

Panel chairman Peter Cadman said: “The officer is a man of good character with impressive testimonials.

“He was an experienced police officer who had conducted a specialist role dealing with the most serious criminals so he would have known of the associations.

“He also had associations himself.”

The panel found Officer W breached professional standards of honesty and integrity, orders and instructions, confidentiality, and conduct, and that this amounted to gross misconduct that would have caused him to be dismissed had he not already resigned from the force.

Barrister Mark Ley-Morgan, representing Avon and Somerset Police, said: “This is an area of national concern – police officers associating with criminals – and we have multiple allegations proved.”

In his written statement read out at the hearing, Officer W said: “The overall conduct of Avon and Somerset Police’s professional standards department over the last four years has caused me high levels of concern, anxiety and stress and has presented risks to my physical and psychological health.

“While I concede I was involved in a business interest for a period in 2018 I did not profit from this and I certainly had no knowledge of associating with persons involved in crime.

“I have not been investigated in a fair and balanced way.”

He said the panel had been presented only with evidence that assisted the force’s case and that his had been “ignored or excluded”.

“The misconduct of officers involved in this investigation means I cannot possibly hope to have a fair hearing,” he said. “I have been targeted in a sustained effort to discredit my name.”

He said the only associate he had in the case was Red who did not have a criminal record. “At no point have I ever met or communicated with Black in any way,” he said.

The officer said he was “fearful for his life” after years “targeting some of the most serious and violent criminals not only regionally but nationally”, and chose not to attend the hearing because “the presence of the press could allow me to be identified to those who could cause my family harm”.

Reading out a statement after the panel’s decision, his Police Federation rep Tony Henley said: “Former Officer W was a long-serving officer, now resigned from the force.

“He spent his time in the force working on high-profile cases and protecting the public at the cutting edge of high-risk operations.

“He received several commendations and was highly thought of. He is sorry for the business interests he held and although no harm was caused, he realises this was inappropriate.”

Henley said the officer denied any associations with criminals or accessing a police database inappropriately.

Do you have any information on this story or related issues? Contact journalist Alon Aviram in confidence: alon@thebristolcable.org / 07533718547 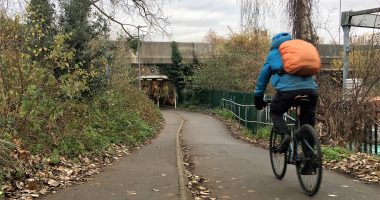 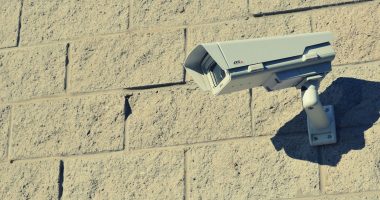