By Matty Edwards on 18th September, 2020
CORONAVIRUS IN BRISTOL: education, schools
Struggling to access Covid-19 testing, helping disadvantaged kids catch up, and anxieties about another lockdown: Bristol school leaders speak of the challenges of reopening to a new normal.

“It would be terrible for the city. The last thing we want is children back out of school again.”

Dan Rodeck, head of one of Filton Avenue Primary School’s two sites, is talking about the prospect of a local lockdown. Remote learning would swing into action, but equally, months of hard work making the school as safe as possible to take in all children would be undone.

Year-group bubbles, one-way systems, staggered start times, teachers in visors, timetabled handwashing, outside taps, wearing masks at pick-up and drop-off. These are the features of a new normal in Bristol’s schools.

As schools reopened fully, the government announced the new ‘six-person’ rule amid rising cases across the country. Bristol’s cases were going up too – though still behind the national average – and sure enough, in the first few weeks of term, hundreds of pupils were sent home to self-isolate after positive cases at 10 different schools in and around Bristol.

This return to remote learning for some was always an inevitable part of schools’ planning, Rodeck says. “Some people would struggle more than others. However, we know that we have a system in place to provide remote learning. We would be able to support our children and their learning, and therefore their families.”

Rodeck said there hadn’t been any positive cases at the school, but they had struggled to access testing, with it either being hard to book, or staff and children having to travel long distances, including as far as Swansea.

This was also the case at Merchants’ Academy in Withywood. Headteacher Sam Williamson said that some pupils and staff were having to self-isolate while waiting for testing.

This has been experienced across the country. Before the start of the academic year, the government sent schools ten coronavirus home-testing kits each, but delays in accessing the government’s Covid testing are already forcing schools to use these kits so teachers and pupils get back to the classroom as soon as possible. Thousands of school leaders wrote to the education secretary, Gavin Williamson, to warn that a lack of testing was forcing staff to self-isolate, which was disrupting the crucial start of term.

Schools have been working tirelessly to get ready for September and had to respond to around  100 updates to government guidance. The Department for Education was widely criticised for releasing new guidance at 7pm on the Friday before term started. Elisabeth Gilpin, Headteacher of St Mary Redcliffe and Temple School, said that releasing guidance in a more timely fashion would “make it more fair on my leadership team who have often worked holidays and through the night to ensure safety and swift action on government priorities.” She added that the summer exams fiasco was deeply disruptive, as the school had to help students cope with the exam fallout, while also preparing to open safely.

The first priority was to make the school environment safe and dispel any anxiety by explaining the new normal to staff and students. Schools sent safety videos to families to show them the new environment, and they trained staff on the new rules.

The new normal in Bristol’s schools

Trust in Learning, a multi academy trust that runs Filton Avenue Primary School and four other schools in Bristol, has nearly 200 staff with some kind of health risk. Each one had an individual health assessment, and now only a handful need to work at home.

Masks were a controversial topic in the build-up to term starting, with the government changing its guidance at the last minute to allow masks to be worn. In most schools they are allowed but not compulsory. Some have enforced them in communal areas. Olympus Academy Trust asked parents at its nine schools in and around Bristol to wear face masks at pick-up and drop-off after some reported feeling anxious about other parents not respecting social distancing.

Despite this attempt to reassure staff and families, absence remained a big worry. DfE figures found that one in nine schoolchildren missed school during the second week of term.

Rodeck said in September they were seeing more absences than usual, as children displaying symptoms, and their immediate family, had to isolate. He also described the challenge of assessing symptoms of younger kids: “As we move into the autumn and winter flu season, telling the difference between a cough and potential coronavirus is going to lead to absence, definitely.”

Williamson said: “South Bristol has a high absence rate in any case, but that’s one of our biggest concerns. Our pastoral staff will be doing house calls for the young people who aren’t on site, it’s also a safeguarding concern as well as missing learning.

“We know we’ve still got some families who are worried, so we’ve got that to tackle as well to get them feeling confident and safe,” she said. She expected the DfE to impose fines for absence, but stressed the importance of being understanding to families with pre-existing health risks.

Dealing with the impact of lockdown

After safety, the next priority was to assess the impact of lockdown and find out the scale of students who had fallen behind in their learning.

Williamson said the first few weeks of term were crucial to “help some of the kids work through what it’s been like during lockdown to tease out any issues”.

They have an onsite counsellor two days a week for staff and students. “We know that there are going to be kids coming out of this with some mental health issues,” she said. “We know that some families will have struggled. If you’ve got three or four kids and are living in a small apartment, you will have had a tough time of it, particularly out in Hartcliffe where there’s not a huge amount of green space.”

At the start of term, pupils were on average three months behind on their learning due to lockdown, with deprived pupils and those from black, Asian and minority ethnic backgrounds more likely to be even further behind, according to a large study by the National Foundation for Educational Research (NFER).

Part of this inequality has been the access to the technology required to complete schoolwork remotely. “It’s been really tough,” Williamson said. “We’re pretty sure we’ve got about 25% of young people in any one year group who don’t have any regular access to adequate technology.”

During lockdown, they had staff monitoring access to online learning and producing work on paper for those missing out. “This is really time-consuming, but that’s what we had to do and we will continue to do so when we need to.” At the start of term, assessments were needed to further identify who needed support in catching up the most.

The government offered a laptop scheme to help disadvantaged children access online learning, but this has come under fire. “We had 22 laptops for year 10s, but the government scheme is only for year 10, so it only scratches the surface of the digital divide,” Williamson said.

“Our disadvantaged young people are our first call on all the catch-up stuff.” The government has made funding available for schools for catch-up tuition. Merchants’ Academy didn’t know how much it would get from this so hired tutors anyway, at significant cost, to provide 1-on-1 support.

Despite these efforts, it’s hard for Williamson to ignore the impact that partial or full closure of the school would have on her families, many of whom are bearing the brunt of the economic consequences of Covid-19.

Listen to Williamson speak about the challenges of running a school in 2020.

With the future course of the virus unknown, schools are facing serious challenges. But leaders also stressed how this had been a period of learning and innovation. From how schools use technology and better systems of remote learning, to how they collaborate across the city.

St Mary Redcliffe is one of the few schools in the city under local authority control. Their head, Elisabeth Gilpin, said: “The council has been enormously supportive. The Mayor, Councillor Keen and Alison Hurley have provided excellent communication and opportunities to share problems and come up with solutions. It has felt very collaborative and supportive at a local level.”

On the flipside, most of Bristol’s schools are academies and so out of local authority control. Trust in Learning’s CEO Mark Davies said this didn’t get in the way of collaboration: “Since lockdown, it’s been pleasing and reassuring to see how Bristol schools have come together. Particularly around coordination, there’s been a really good one city approach, trusts like us offering support to other schools.”

Bristol is also at the forefront of research by Bristol University to better understand how Covid-19 is transmitted in schools. St Mary Redcliffe is one school taking part in the study until next spring, where staff and students will be tested once a month. The research aims to develop systems to help schools prevent and cope with an outbreak and support mental wellbeing.

In 2020, when community cohesion in Bristol has thrived in some places and been tested in others, schools also have the potential to bring local people closer together. Rodeck said: “We’ve had an enormous amount of really lovely messages of appreciation and gratitude… People talk about the school being the heart of the community, and hopefully, if schools get it right, they are. That has become very apparent.”

« Listen: Bristol Unpacked with Paul Smith, the council’s housing boss, and how a socialist can be ‘credible’ with developers

‘My insight into the Covid-19 testing fiasco in Bristol’ » 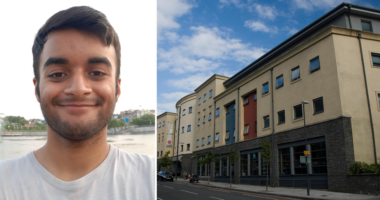 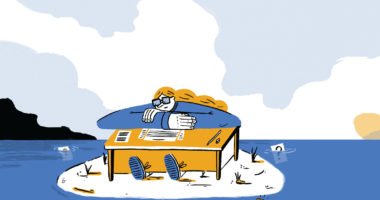 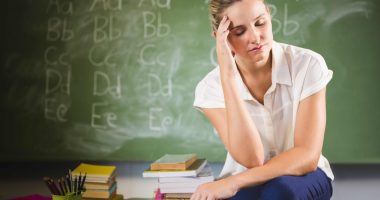 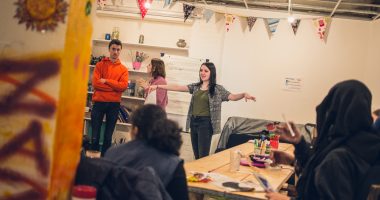 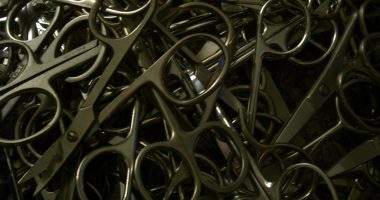