By Matty Edwards and Lucas Batt on 18th December, 2020
CORONAVIRUS IN BRISTOL | REPORTS
With more relaxed restrictions for Bristol until the end of the year, the city’s infection rates fell further this week, but the council expects it to rise again in the coming weeks.

🔓 Bristol and North Somerset move into Tier 2 on Saturday, the only areas in England to move down from Tier 3. The relaxing of restrictions announced on Thursday means that entertainment venues, accommodation, restaurants and pubs serving food can reopen, but household mixing indoors remains banned.

👍 Bristol Mayor Marvin Rees, who was expecting Bristol to stay in Tier 3, welcomed the easing of restrictions, but urged caution over the coming weeks to prevent another rise of infections in the new year. The next review of the tiers will be on 30 December, with any changes coming into force in January.

⚽ Football fans will be allowed back to Ashton Gate and the Memorial Stadium for the first time since the pandemic, under the Tier 2 rules – albeit a maximum of 2,000 people. City play Wycombe Wanderers at home on Boxing Day, while Rovers’ first game in front of fans will be against Portsmouth on 29 Dec.

⛔ South Gloucestershire remains in Tier 3, which means people in areas such as Kingswood, Filton and Downend should avoid travelling into Bristol apart from for work, education, medical treatment or caring responsibilities. This means Bristol residents should not go into South Glos to do Christmas shopping at Cribbs Causeway.

📉 Bristol’s infection rate has fallen slightly, while national cases have risen. Bristol has 117 cases per 100k people (down 10%), compared to England’s 196 per 100k people (up 28%), for the week up to 11 Dec. However, the council said it expected that Bristol’s rate would rise again in the coming weeks.

📈 Weekly cases in Westbury on Trym have risen significantly, from 6 to 40 for the most recent week, giving the area a rate of 614 cases per 100k people. Case rates in other Bristol areas remain stable or are falling.

📈 The number of Covid patients in Bristol’s hospitals has increased, but remains lower than the peak of the second wave. There’s currently 192 patients in hospital with Covid-19, across Bristol’s two NHS trusts, up from 168 the previous week.

💉 More than 137,000 people in the UK received the first dose of the Covid-19 vaccine in the first week. The majority of these doses were given to over-80s, care home workers and NHS staff.

💉 Bristol City Council will prioritise encouraging members of Black, Asian and minority ethnic (BAME) communities to get the coronavirus vaccine with an information campaign, after research by the Royal Society for Public Health showed people from BAME backgrounds were less likely to accept the jab than white people. (Source: Local Democracy Reporting Service)

Thousands of you have read our weekly Covid-19 updates this year. Help support our work in 2021 so we can continue to cover the pandemic and other important Bristol issues: Become a member.

🎅 Scientists and officials are increasing warning people to be cautious when deciding whether to attend Christmas meet-ups. England’s Chief Medical Officer Professor Chris Whitty compared being allowed to meet up at Christmas to driving on an icy road, saying “just because you can, doesn’t mean you should”, while Bristol Mayor Marvin Rees said people should organise their celebrations on the basis of “need” not “want”.

🔬 The Bristol Port Company has become the first workplace in Bristol to receive rapid Covid-19 tests. 1,000 lateral flow tests are to be administered to key workers at Bristol Port as part of a pilot project to detect asymptomatic transmission of the virus. Bristol has received 10,000 tests and lateral flow testing has already been undertaken by the universities for students and is available to care homes and the NHS.

👨‍🔬 Two coronavirus mobile testing centres have been moved out of Bristol, because testing is needed elsewhere in the South West where infection rates are higher. The drive-through sites at Computershare in Bridgwater Road and Portway park and ride will no longer be available for Bristol residents, but there will still be access to four sites at Hengrove Leisure Park, Brislington park and ride, Netham Park and the Victoria Rooms.

🚓  A missing eight-year-old girl has been found safe and well by police, following her suspected 18-hour abduction from her home in Bedminster on Wednesday. Two people are in police custody on suspicion of child abduction. Tiolah was taken out by a family friend and a man to go to McDonalds but did not return as expected, and was away from her home overnight.

🚓 A man has been arrested on suspicion of attempted murder following a shooting in Kingswood. Police report a man was attacked by several men who then fled the scene in a number of vehicles. Shortly after, a 26-year-old man presented at hospital with multiple injuries, including two gunshot wounds, which aren’t believed to be life-threatening.

💰 Avon and Somerset Police face a £4.8 million deficit next year, requiring 143 police staff and PCSOs to be sacked, unless local taxes are increased. A 5% increase in the police precept on local council tax would allow the force to balance its budget, while a 6.6% increase – the maximum allowed – would allow another 70 officers to be recruited. This would amount to a £15 increase for a band D property. A consultation on this is open until the end of January. (Source: Local Democracy Reporting Service)

✊🏿 A number of traders and residents on Colston Street have backed a proposal to change the name back to Steep Street, its medieval name. A petition with 24 signatures was handed to the council’s History Commission – which can make recommendations but not decisions on the matter – by Labour councillor for Kye Dudd, who backs the campaign.

🚧 Bristol City Council has fixed nearly 3,000 potholes this year, up 11% from last year, but public satisfaction with the number of potholes is lower than in 2019. In March, the government gave £2.64 million to help the council fix potholes.  (Source: Local Democracy Reporting Service)

« Listen: Bristol Unpacked on the crisis in special educational needs and if women are better politicians with Labour councillor Helen Godwin 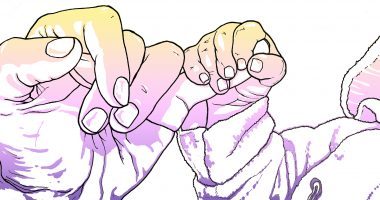