By Hannah Vickers on 18th February, 2021
CITY | EDITION 24 | FEATURES | HOUSING BRISTOL: bedminster, gentrification, housing
A cluster of high rises is being built on Bristol’s second-biggest high street. Opinion is split on whether the development will bring new life to the stricken area, or be the final nail in its coffin.

Margaret is sitting on her mobility scooter with a coffee outside Bedminster’s Sunshine Cafe on East Street. It’s a mild December day and it’s just been announced that Bristol is going down to Tier 2. Margaret comes here every day to support the business. Since Bristol went into lockdown, small cafes like this have suffered.

She tells me to go inside and talk to Ali because he knows everything there is to know about the area. I find him on his own; tables and chairs lined up against each wall and the specials board empty. He tells me the business is scraping by with takeaways and delivery, after coronavirus hit hard. The cafe received a grant during the first lockdown and was able to furlough staff. “That helped out a lot, but this time around they didn’t give us a penny,” he says. The second lockdown, he had to let two out of three staff go. Now we’ve entered a third lockdown, the government has offered hospitality, retail and leisure businesses a one-off £6,000-£9,000 grant, but it won’t go far.

High streets across the country have suffered from the rise of retail parks and internet shopping over the last couple of decades; and even before coronavirus, the Great British High Street was dwindling. Over the last few years though, East Street has seen a steeper decline than most. Many of its shops are now shuttered, bearing ‘to let’ signs and covered in graffiti, giving the street a neglected feel, even the week before Christmas. Upmarket North Street, just around the corner, is a different world altogether. Quirky vintage shops, trendy cafes and pubs with expensive craft ales line the street, their interiors carefully arranged and tastefully lit. Though geographically only a few minutes’ walk from each other, they couldn’t be further apart.

A few trendy cafes and shops have moved into some of the empty units on East Street, and some worry East Street could just become another North Street, but Ali says he’s not worried about the competition. “When I look at other caffs around the area, we are at least a pound or two pounds cheaper on every item,” he tells me.

It was last year’s closure of Argos opposite that was the biggest blow for the Sunshine Cafe. Argos’ customers would get a cup of tea or a full English while they waited. Ali is worried he’ll lose more regulars if Iceland and Farmfoods go from nearby St Catherine’s Place, which looks likely as the site’s new owners want to turn it into a retail, leisure and residential complex. “We need big names… to attract people to East Street. Nobody’s going to walk all the way from Asda for a little cafe.”

Margaret is equally unimpressed by the plans to bring big changes to the area. “No one wants a cinema. There’s cinemas in town they can go to. We just want to keep our normal shops.”

But East Street will soon look very different. Five developers have been seeking planning permission for plots on and around East Street (collectively called Bedminster Green) for years, and in October the first was successful. Despite more than 200 objections from local residents, developer Dandara got permission for five high rises of up to 16 storeys each between Malago Road and East Street, and a multi-storey car park. Bristol has always been a relatively low-rise city compared to other UK cities, so having a lot of new tall buildings would change Bristol’s skyline significantly.

This success sets the precedent that could pave the way for the other developments. Firmstone’s proposal to turn shopping precinct St Catherine’s Place into high rise flats and a retail and leisure complex, was rejected last January; A2Dominion’s plan for student accommodation and social housing on the former Pring and St Hill site was rejected in September 2019. Both are appealing, and Firmstone has already put in another application with scaled-back plans in case its appeal isn’t successful.

If successful, the developments will bring around 3,000 people into the area, with a mix of student accommodation and one or two-bed private flats in high rises, as well as various retail and leisure facilities. But some argue that student housing will not help the local area, as students will likely just head north into town, and resident groups have slammed the lack of affordable housing in the Bedminster Green plans. In 2018, the council reduced its target for affordable housing that new developments have to offer from 40 to 20%, but Dandara’s plans only include 6% affordable housing and none of the housing provided in Firmstone’s new plans, if accepted, will be affordable.

Nick Townsend, a teacher and Chair of the Windmill Hill and Malago Community Planning Group (WHaM), tells me the build-to-rent one and two-bed flats will be the “size of a budget hotel room” and without bedroom windows, adding that the rows of new high rises will effectively be a “brick and glass wall” cutting residents of Windmill Hill from the rest of the city. He believes that the planned developments are bad in terms of health, the environment and community.

“To build a community you need a variety of housing,” Nick says, adding that WHaM is not against redevelopment, but that the area needs a mix of housing instead of just one and two-bed flats in high-density but low-rise developments.

“Build higher and you can make things happen”

But others argue that the developments are just what East Street needs to halt its steady decline.

Further up the street, East Street Fruit Market is one of a dying breed of traditional shops. Owner, Darren Jones – not the MP – is famous in the area for “singing” his wares and his cries of “peppers, bag for a pound” reach me before I catch sight of the shop. He’s been here for nearly 30 years, and has watched East Street change. When he started out, “it was heaving”. 20 years before it was even busier. “But that’s why we need development to revamp the area; to make it more modern, more interesting for the younger generation.” Darren is one of the business owners impatient for the redevelopment of the area. “It’s got to go ahead; otherwise this is just going to be tumbleweed down here.”

“And if it changes the character what is wrong with that? At the end of the day we need a busy high street.”

Another pro-development voice is the Bedminster Improvement District (BID). Chair George Grace says that the “sheer fragmentation” of interest groups in BID makes it hard to manage: there are around 600 businesses, half a dozen council departments, residents’ groups and councillors.

He describes St Catherine’s Place as “one of the darkest, dreariest, most miserable” shopping precincts, pointing out the East Street Vision consultation found that 90% of the people who use the street want to pass through as quickly as possible. “We want to turn that on its head.”

He says that the developments are needed. “I don’t care if it’s five or six storeys or 10 or 15… Build higher, [you] can make a lot of money, make things happen”.

But he adds that things are not as bad as they look. “It feels worse than it is because it’s the biggest names that have closed, but there are plenty of smaller shops left,” he says. “It’s not an absolute disaster zone. We’re optimistic about the place.”

There have been several injections of cash over the years, but with questionable impact. The Mary Portas Town Teams brought £100,000 to the area in 2013, but it didn’t go very far. I find out that a ‘pocket park’ opposite Darren’s shop cost £20,000. It’s a couple of benches and three wheelie bins painted and turned into planters.

There are similar schemes in the mix. The Love Our High Street grant scheme from the West of England Combined Authority (WECA) offers £150,000 shop grants for businesses interested in the empty units. Three different companies have been successful so far, one is a ‘bottle bar’, where punters bring their own bottles to fill with beer – something perhaps more at home on neighbouring North Street.

North Street was in a similar position to East Street before the Tobacco Factory was a catalyst for regeneration – and some could argue, gentrification – when it opened in the early 90s.  There are fears East Street could go the same way as North Street, pushing existing businesses, shoppers and residents out the way for a new brand of cool new shops and flats.

I ask Steve Sayers, Chief Executive of Windmill Hill City Farm, a five minute walk from East Street, about concerns that so much development would make East Street unrecognisable. He’s lived here over 20 years. “[East Street] looks run down at the minute. It is run down… I’m really sad seeing how it’s declined, particularly in the last five years.”

But East Street doesn’t need to become another North Street, he says. “It needs to retain its own character and that’s going to be the big challenge in developing East Street – to make it better without making it something completely different.”

“But it needs a better mix of stuff there. Currently it’s bookies, pawn brokers, charity shops, nail bars, vape shops. And then a couple of little gems like Turners and the fruit and veg market.”

He sees this as an opportunity for the High Street to become a civic space, and is keen for a community hub – a social and learning space to get different demographics together. A recent Arts Council report highlighted the power of cultural venues to bring high streets back to life, by increasing footfall, repurposing empty buildings and inspiring economic growth. There are also plans to make a ‘green corridor’ between Malago Road and East Street. “Green space is crucial to people’s lives and wellbeing,” he says.

“I understand very much people’s concern about gentrification, and it’s used very much as a pejorative term, but I think you’ve got to be careful with that. Just because people are poor or working class it doesn’t mean that they don’t need or enjoy something that’s a bit decent. And it doesn’t need to be a bit crap for it to be authentic. Nice things can be authentic too.”

It’s clear that East Street can’t survive as it is. Every few months another shop bites the dust. But what’s not clear is how to save it from extinction without ruining it for the people who shop, live and work there now. 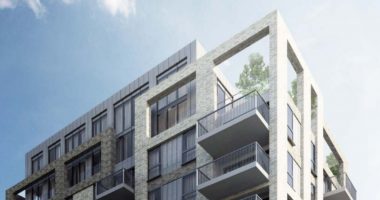 Bedminster tower blocks: the only way is up? 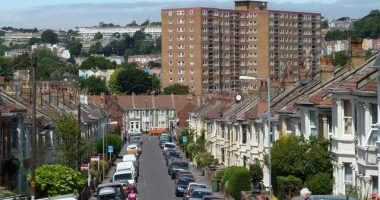