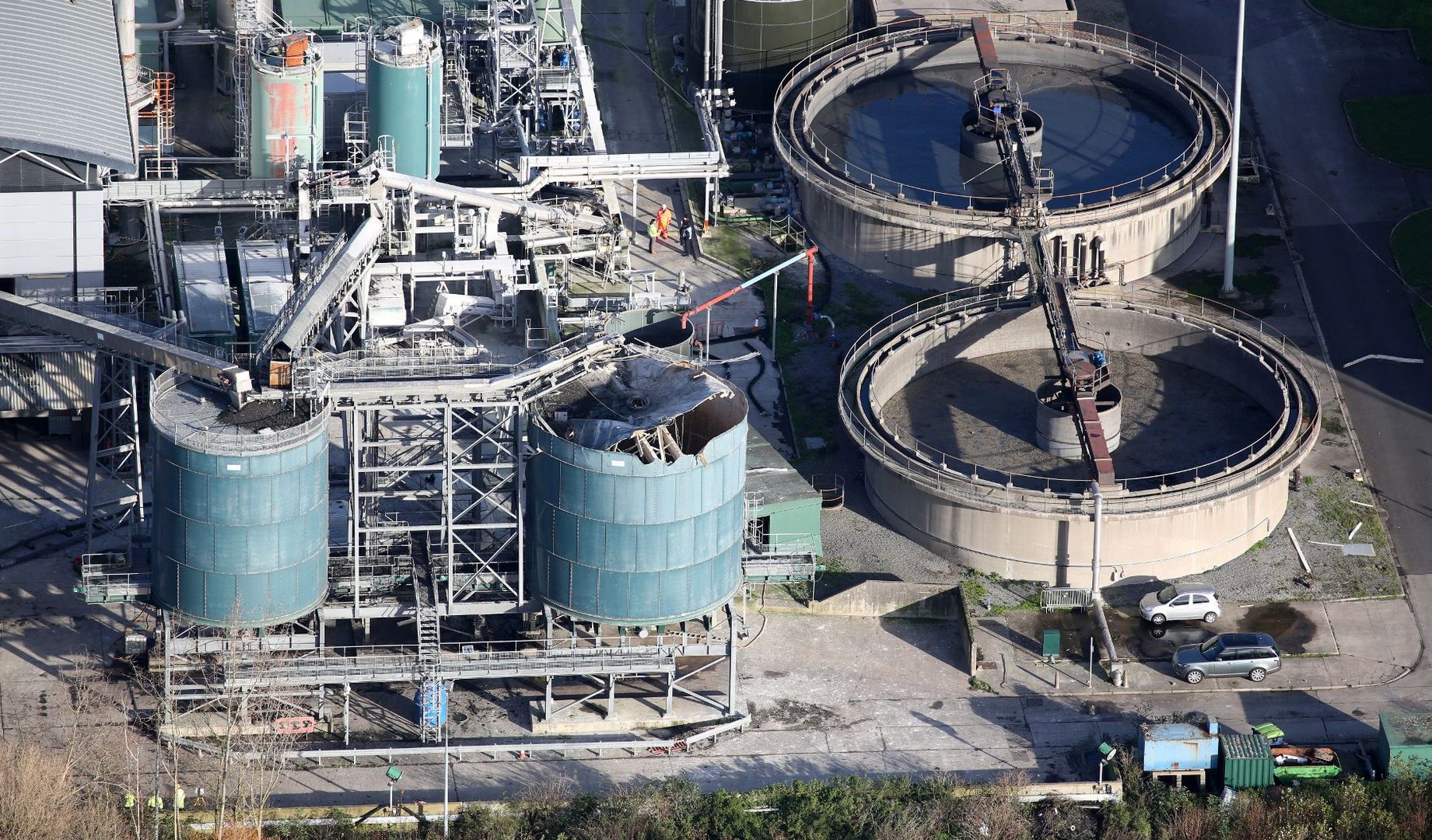 By Alon Aviram on 10th June, 2021
REPORTS: avon and somerset police, avonmouth, wessex water
Copy Link
As official enquiries continue, Wessex Water’s own internal company investigation will reportedly be completed in two weeks. It is not expected to be made public.

Seven months on since a blast at Wessex Water’s Avonmouth plant killed four people, Avon and Somerset Police and the Health and Safety Executive (HSE) are yet to release any findings.

On the 3rd December 2020, a storage silo exploded containing biosolids – a waste treatment by-product which is recycled and sold as agricultural fertiliser. Sixteen-year-old apprentice Luke Wheaton, 64-year-old Michael James, Brian Vickery, 63, and 57-year-old Raymond White all died in the blast.

The complex investigation into the explosion at the Wessex Water recycling plant in Avonmouth is being led by the police, with the support of the HSE.

Wessex Water has also been conducting an internal company investigation into the incident which is expected to be completed in approximately two weeks, the Cable has learned. It is not expected to be made public. The police and HSE have refused to disclose when their investigation will conclude. But it is expected to take at least another five months according to a person with knowledge of the case.

As well as interviewing witnesses, the investigation is expected to examine all documents associated with the plant design and operation, through to what happened in the lead-up to the fatal explosion. Previous inquiries following similar incidents have taken many months if not years to complete.

After the December explosion, safety specialist Tony Ennis suggested ‘hot work’, for example drilling, could have ignited methane gas in the top of the tank. Another industry specialist told the Cable that if the Wessex Water silo did not have an emergency vent or flame arresters – devices that stop fuel combustion by extinguishing flames – then the silo would have been more susceptible to an explosion if drilling or grinding were taking place nearby.

It is not uncommon across the waste treatment industry for silos and connected Anaerobic Digesters – systems that can break down a range of organic matter, such as animal or food waste, in the absence of oxygen to produce biosolids and biomethane – to be fitted without flame arresters. This is in part, because of the high maintenance involved in keeping the systems clean and operable. But this risks undermining staff and site safety, one industry insider told the Cable on the condition of anonymity. Avon and Somerset police have refused to disclose the cause of the explosion and indeed whether methane or flame arresters played a part in the events of that fateful day.

The Cable has previously reported on the spate of explosions, spillages and major incidents at similar waste treatment facilities operated by other companies, in recent years.

There are approximately 600 anaerobic digester plants operating or in development in the UK. The biogas and biosolids industries have been propelled by the scramble to cap emissions, recycle waste into agricultural fertiliser, and tap into profitable renewable energy alternatives.

A police statement sent to the Cable said:

“Specialist technical investigations are ongoing and we are speaking to a number of witnesses. The families of those who were sadly killed in the explosion continue to be supported by specialist trained officers.

“An inquest into their deaths was opened by the coroner and has been adjourned pending the progress of the police/HSE investigation.”

The Health and Safety Executive and Wessex Water both referred the Cable to Avon and Somerset police when approached for comment.

We want to hear from you. Do you have any information about this story? Contact journalist Alon Aviram in confidence: alonaviram@protonmail.com

It has been more than eight months since the Wessex Water explosion killed four workers. Families, friends, and colleagues await the inquiry’s findings, with no end date in sight.