A man who helped roll Edward Colston’s statue to Bristol harbour where it was dumped into the water has said his aim was to make sure the council didn’t put it back up again.

Jake Skuse, 37, was the final defendant to give evidence to the trial of the so-called Colston 4. He denied causing criminal damage to the bronze figure of the 17th century slave trader on 7 June, 2020.

He told the court on Wednesday that he suggested rolling the statue to the harbour, and that he believed he was acting on the will of Bristol people. “I knew we had Bristol behind us, everyone did”.

Skuse was asked if he believed his actions caused damage to the statue. This, he said, didn’t cross his mind. “My motivation was to get this racist fucker away so that it’s not put back up again,” he told the jury.

He said that he believed the statue was owned by the residents of the city and that Bristol City Council’s role was to “facilitate its upkeep and do whatever the people of Bristol wanted to do with it”.

Skuse told the court that the monument was “offensive” and should have been removed sooner.

“If there was racist graffiti on the wall, the council would remove it. But they didn’t remove this statue… It’s criminal that they haven’t done their job properly, done what the people of Bristol wanted.”

The jury heard how there had been petitions and campaigns for the statue to be removed, which the local authority had been aware of.

The statue was toppled during a Black Lives Matter (BML) protest, sparked by the murder of George Floyd by a police officer in the US city of Minneapolis two weeks earlier. 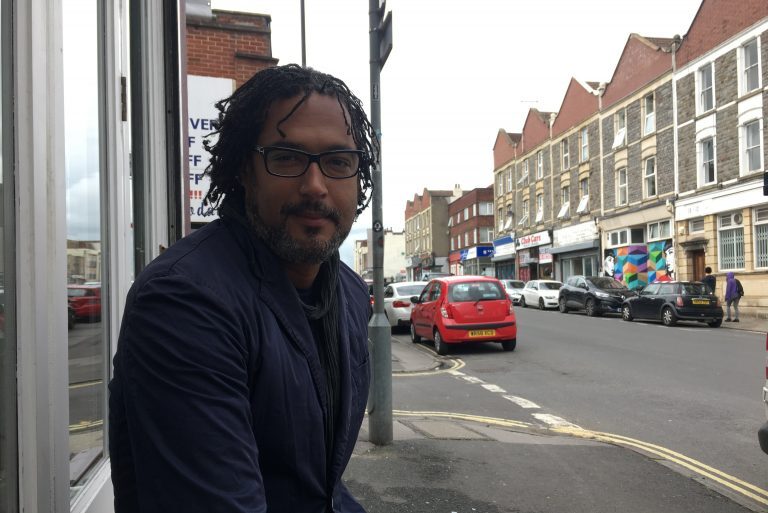 Skuse said that he attended the BLM demonstration because the cause was one “close to my heart”.

He told jurors that he wasn’t present when the statue was toppled and a friend told him on the phone. “It was a piece of trash on the floor when I arrived,” he told the court.

The defendant said he shouted “roll it” to a crowd that had gathered around the fallen monument. He told the court that historically he believed people were “dragged against their will” along the cobbles by the harbour.

Pero’s Bridge – next to which the monument was dumped into the water – was named after an enslaved person, he said, and so it “felt right” that Colston’s statue would be pushed into the water there.

It helped expose Colston for “who he was”, Skuse said. And how it was done felt “significant”.

The jury was shown footage of the moment the statue was thrown into the river. The video showed Skuse among the crowd gathered around it. As the statue is propped up against the railings, before it is pushed in, he could be heard shouting “say something”.

“It was like sentencing him [Colston] to his death,” Skuse explained to the court. “[The moment] needed to be marked. Something needed to be said.”

Skuse said he has lived in Bristol his whole life and is part of a multicultural community. You couldn’t go “two minutes” before hearing about Colston, he said. “He was a slave trader – that’s a pretty basic fact.”

The three other defendants – Rhian Graham, Milo Ponsford and Sage Willoughby – also deny criminal damage to the statue. Skuse said he did not know them at the time and met them when proceedings against them began.

The case for Skuse and his co-defendants has now been closed and the court has been adjourned until 4 January, when the jury will hear closing speeches from the prosecution and defence, as well as the judge’s summing up of evidence. 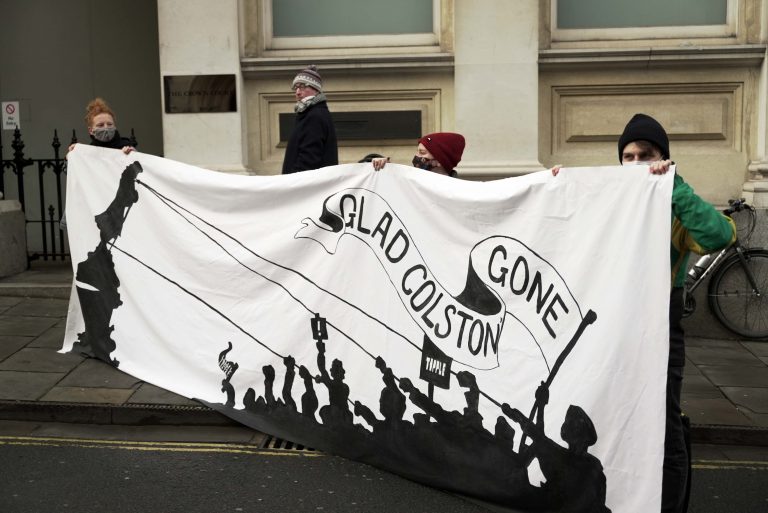 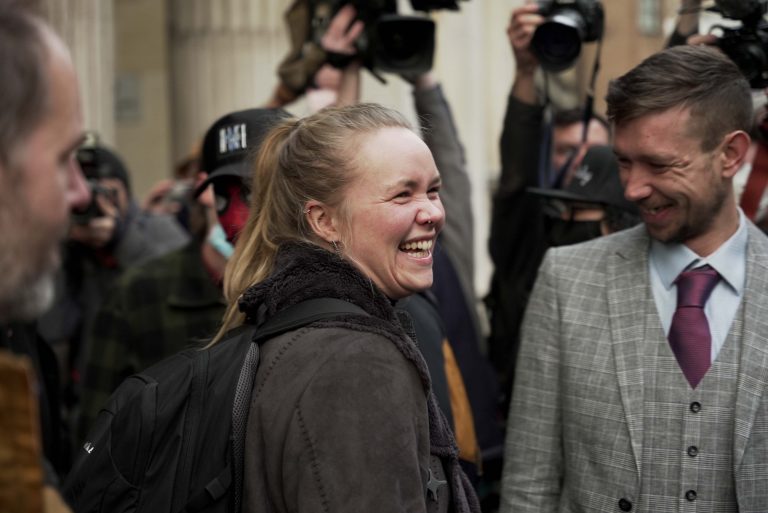