The toppling of Edward Colston’s statue was a key moment in Bristol’s modern history. So were the acquittals of those accused of damaging it.

They were milestones in an ongoing, deeply polarised debate about how the city should remember the darkest chapters of its past, and the future of controversial monuments, both here and elsewhere.

More than 18 months after the bronze figure of the 17th century slaver was torn down, rolled to the harbour and dumped in the water, the plinth on which it stood remains empty.

And now that the trial of four people who helped topple the monument has concluded, with all of them being found not guilty of criminal damage, the question is what happens next.

Some Cable members and readers say Colston’s statue should be replaced by a memorial dedicated to the victims of the slave trade.

“Bristol has never fully and openly acknowledged, nor atoned for, its role in the slave trade,” says Geoff Allan. “There should be a thoughtful and meaningful memorial at a prominent place in the city, a place of contemplation, mourning, and atonement.”

Another reader,  staying anonymous, says they would like to see the plinth remain empty, “as a poignant reminder of Bristol’s past, the events of summer 2020 [Colston’s toppling] and our city’s role in the slave trade.”

[The plinth] could be used for temporary installations but it should always be empty on the anniversary of Colston’s removal.

After it was toppled and thrown into Bristol Harbour during a Black Lives Matter protest in June 2020, Colston’s statue – red paint daubed on its face and hands – was retrieved and went on display at the M Shed museum.

The display included biographical information about Colston, his involvement in the slave trade, the history of the statue and placards that were placed around the plinth during the protest. 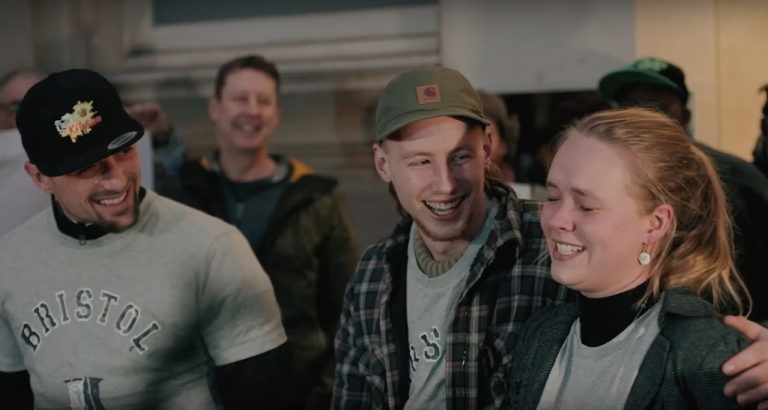 Some readers believe that the statue should remain in the museum, along with the history.

“Keep Colston, bloodied and prone, in the museum. He is an excellent object lesson in interpreting the harsh lessons of the slave srade and Transatlantic racist slavery,” says David Bruce.

“I think it’s good that the statue is kept as it is in the museum and that the moment is marked and remembered as a unique time in Bristol’s history,” says Sam. “Bristol’s slave history and the statue toppling moment should all be taught in local schools.”

Jane Hopkins says: “I think the statue’s current position should be maintained [in the museum] as a monument to Bristol’s history of resistance to oppression.”

But others are calling for the statue to be reinstalled on its plinth.

“There is a nuanced point to make about keeping the statue there – albeit radically altered,” says Jeremy Bristow. “We must acknowledge the amnesia and blindness that we Bristolians and Brits in general had for so long about our contribution to slavery… We need to be continually reminded to be on our guard against acts of inhumanity.”

A jury’s decision in January to clear the Colston 4 of criminal damage was welcomed by many, including campaigners who had fought to have the statue removed for years. But there’s been a backlash too, with some people outraged about what this could mean for other statues.

“It’s toppling was an arrogant decision of a few people. The action unfortunately succeeded in alienating people who could have been won round.”

Another anonymous reader acknowledges this perspective but says that the city “needs to heal” and residents reach an understanding.

“I definitely think more education around Colston and Bristol’s role in the slave trade would help those who see the statue as part of “our shared British history” understand why many people don’t feel that way, and feel less upset about the statue being removed,” she adds.

The We Are Bristol History Commission is currently analysing the findings of a city-wide survey on what people think should happen next to the statue. The findings are to be published early this year.

The commission was set up by Mayor Marvin Rees in the months after Colston’s statue was torn down. One of its other core aims is to develop a ‘public conversation’ to help people understand the city’s history. Cable readers shared their thoughts on how this should be carried out:

“As citizens of Bristol we benefit – as a whole, and to different extents individually – from the profits of the historical slave trade. More and more proactive transparency and research about exactly how seems like a good place to start.”

Another says: “I think there should be far more recognition of the way our city has benefited and grown from the exploitation of human lives… There should be plaques and monuments to remind people of what took place especially in the neighbourhoods that profited most e.g. the entirety of Clifton.”

Before the statue was toppled, there had been a decades-long campaign challenging Colston’s legacy as a philanthropist. His statue’s plaque described him as a “virtuous and wise son” of Bristol. But a push to add context to the plaque on the reality of Colston’s actions as a slaver was unsuccessful.

The Society of Merchant Venturers, which Colston had himself been a member of, admitted it had been “inappropriate” to get involved in that process. The society, founded in the 13th century, administered much of the £70,000 legacy that Colston left to Bristol following his death, partly used to fund schools in the city.

“As a former Colston’s School pupil, on a scholarship funded by the Society of Merchant Venturers, I have been aware of where their money came from for many years,” says Andy, a Cable reader.

“The fact that my education was funded by the profits of the slave trade is something I will always remember. I hope that the full story – warts and all…is told in the museums and books and documentaries.”

During the Colston 4 trial, the council’s failure to remove it sooner or add context to the plaque was criticised. Some Cable readers say the local authority still has serious questions to answer.

“We really should hold the mayor, council and city leaders to account for not listening to the voice of the people before the statue was pulled down,” says Richard. “Years of discussion allowed them to ignore the feelings and take no action on this.”

Charles, another reader, says there should be an investigation into why the statue wasn’t removed, and why a plaque that made clear Colston’s involvement in the slave trade was never put up. “This lack of action is what caused the statue’s removal – the individuals who did it are not to blame,” he says. 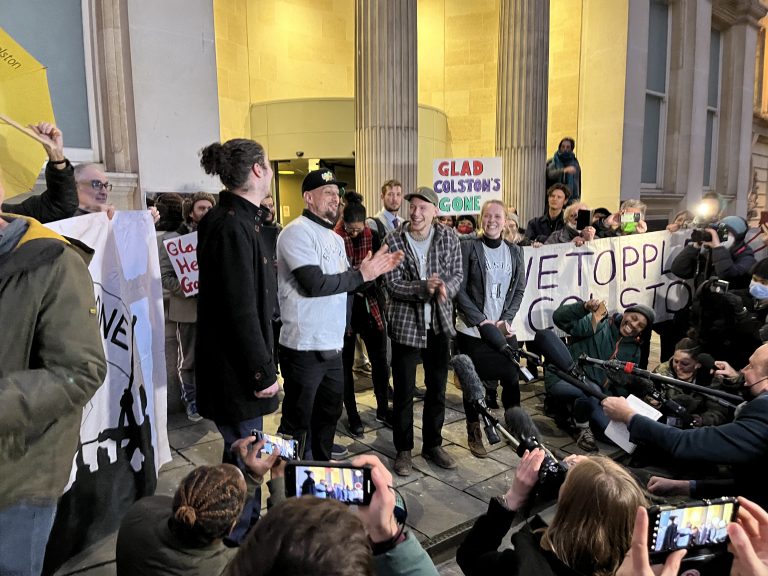