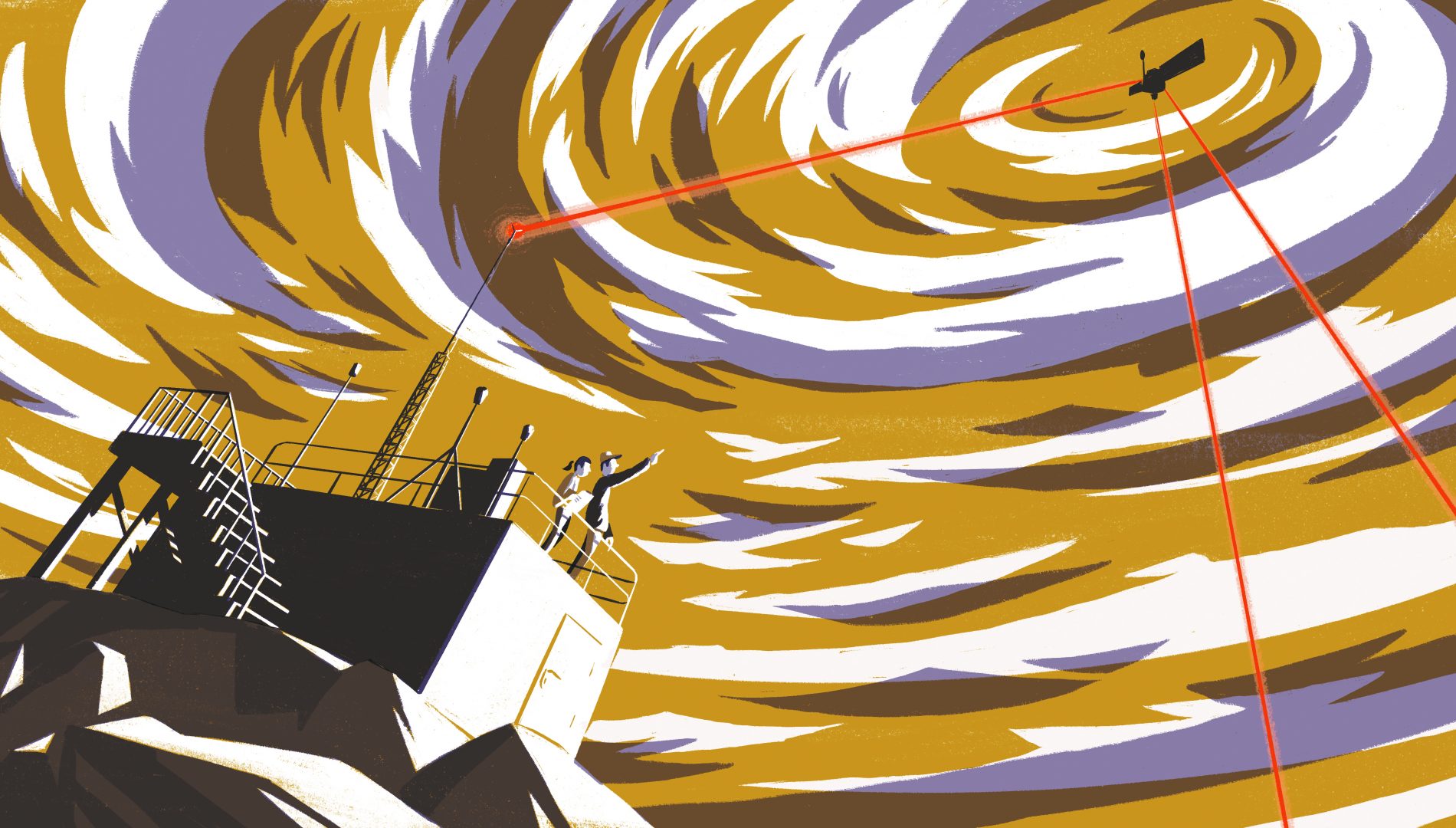 Five years ago, Bristol scientists discovered illegal ozone-destroying pollution on the other side of the world. Their findings prompted action – but they say the climate crisis demands better atmospheric monitoring.

It was during a routine analysis of atmospheric monitoring data in 2017 that scientists noticed rising emissions of CFC-11.

They were shocked. The production of that particular chlorofluorocarbon (CFC) – about 5,000 times more potent as a greenhouse gas than carbon dioxide (CO2) and particularly damaging to the ozone layer – was banned globally in 2010 under the Montreal Protocol. The 1987 UN treaty, the only one ever to be ratified by every country on Earth, was designed to repair the ozone layer after researchers discovered the dangers of CFCs.

Emissions of CFC-11, commonly used for refrigeration and foam production, had been declining since the 1990s. But then they increased by about 25% between 2014 and 2016.

This had a direct impact on the climate crisis and threatened to delay ozone recovery by years, leaving life on Earth less protected from the sun’s UV radiation.

From Bristol to north-east China

The discovery meant that somehow, somewhere, production of CFC-11 had restarted. Matt Rigby, an atmospheric chemist at Bristol University, was one of the scientists called on to investigate.

“In Korea, we spotted what looked like emissions coming from China,” he says. “We did some analysis and found an increase in CFC-11 emissions from eastern China – an extra 7,000 to 10,000 tonnes per year since 2013.”

Using historic weather data to understand the movement of pollutants in the air, the team identified a hotspot in the north-eastern provinces of Shandong and Hebei. Rigby and his partners put out a paper detailing their discoveries.

The findings prompted an investigation by the New York Times and the Environmental Investigation Agency (EIA), who spoke to Chinese manufacturers – 85% of which confirmed using CFC-11.

Rigby’s paper and the EIA report caught the world’s attention. They were discussed at the Meeting of the Parties of the Montreal Protocol in 2018 and 2019 – by which time Chinese delegates were outlining law enforcement actions that had been taken.

The authorities had shut down illegal production facilities, seized ozone-depleting substances including CFC-11, and initiated legal proceedings. The episode marked the first major known breach of the Montreal Protocol.

In February 2021, the same team looked at more recent data, which showed the ozone-depleting substance declining once more – at the same rate it had been before 2013. Although reported enforcement efforts didn’t match the scale of emissions scientists discovered, lasting delays in ozone recovery have potentially been avoided.

“In February last year, we used data to show that emissions from eastern China had plummeted by about 10,000 tonnes per year, and also globally there was a larger drop,” says Rigby. This is despite the fact that the emissions they had spotted in China only accounted for around half the total global rise in CFC-11. The origin of the rest remains a mystery.

The team’s work had an impact on the climate equivalent to shutting off all of the CO2 emissions from a city the size of London. It’s rare scientists catch the attention of policymakers and enforcement agencies so quickly – or so effectively.

“To have this acted on at the speed that it was is incredible,” says Rigby. “Then to see an enormous drop in emissions in the space of two years is almost unheard of.

“For me it’s encouraging to see we’re not just writing papers so other academics can read them and stroke their chins. Sometimes people listen and take dramatic action.”

The urgency of monitoring and enforcement

The success of the story was partly down to luck. Globally, there are fewer than 20 stations that can detect CFCs in the atmosphere and be used to estimate emissions in a radius of a few hundred kilometres around them. It was by pure chance that a large part of the CFC-11 detected appeared in the footprint of one of the measurement stations. A little further west, and it would have remained out of sight.

Currently, atmospheric monitoring of CFCs and other compounds controlled under climate agreements is up to individual countries. Higher-income countries like the UK, Australia and South Korea take measurements, but even in Europe there are only four stations measuring CFCs. Lower-income countries rarely have the funding for the infrastructure required. According to Rigby, there is almost no monitoring in India, Africa, or South America.

“Year on year, we definitely find more interest in this kind of work – but it needs a step change,” says Rigby. “The technology’s there, the money needed is small compared to the amounts that will be spent on climate change mitigation and adaptation. We just need upskilling and political will.”

For certain gases, other avenues may be available. Rigby’s Bristol University colleague Anita Ganesan is working on monitoring more abundant gases like CO2 and methane from satellites, by analysing how the Earth reflects sunlight and which parts of the light spectrum are absorbed. It means monitoring can take place in countries without any infrastructure.

“But with other less abundant gases like CFCs, if there isn’t infrastructure on the ground then we’re going to be in the dark,” warns Rigby.

The Montreal Protocol’s lessons for the Paris Agreement

Negotiations on the Paris Agreement, which aims to keep global warming under 2ºC, happen at annual COP (Conference of Parties) summits. Last November’s COP26 in Glasgow left many scientists and environmentalists disappointed.

This is by contrast with the Montreal Protocol, which has seen resounding success thanks in part to its narrow scope: reversing and preventing ozone depletion by reducing the production of ozone-depleting substances.

The group of gases concerned has relatively few applications, while CO2 and other greenhouse gases addressed by the Paris Agreement are created by almost every aspect of human life.

Yet despite these differences, the Montreal Protocol offers lessons for the Paris Agreement. Crucially, the original Protocol would not have led to the ozone recovery seen today without the nine amendments that have since been added.

“You may not get the best deal on the first go, but with time you can improve it,” says Rigby. “That’s how I hope the Paris Agreement will mirror the Montreal Protocol – but we’ll have to wait and see.”