Bahara meets me outside a budget hotel beyond Bristol, where she’s been living since January. She’s not allowed visitors so we go to a cafe nearby. Pop music is playing loudly from a speaker near us. It’s in discomfiting contrast to her voice that’s full of tears as she tells me about the life she left behind in Afghanistan, the job she was made to walk out of abruptly when the Taliban took Kabul, and the life she has now.

Though she’s lived her whole life under the constant threat of war, she had a full and interesting life. Bahara has a bachelors and a masters degree; she had two jobs and an active social life.

Now Bahara spends her time doing nothing. Her days are punctuated by the three meals she gets, sandwiches or microwave dinners, which she eats in the room she shares with her husband, because the communal spaces are out of bounds. She sometimes translates for other asylum seekers in the hotel. It takes an hour and a half to walk into Bristol, but she does it anyway just to be somewhere different.

The hotel houses around 50 asylum seekers. It’s one of three hotels in Bristol and South Gloucestershire serving as initial accommodation for around 400 asylum seekers while their claims are assessed. There are 14 such hotels across the south west run by private housing provider Clearsprings Ready Homes, and supported by advice charity Migrant Help, both contracted by the Home Office.

Additionally, in Bristol there are 303 Afghanis in hotels in the resettlement scheme supported by the council, and 402 asylum seekers in dispersed accommodation. There are an estimated 200 people in the city who have been refused asylum, and are now destitute and sofa-surfing, homeless or vulnerably housed.

Bahara likens the hotel to jail. She wears donated clothes, the frozen dinners get heated up in microwaves in the lobby, the window doesn’t open, and because she has had no income for the last three months she can’t pay to go anywhere.

She’s embarrassed by the crying; she keeps apologising, gathering herself and continuing on.

Bahara fled the Taliban last August. She got to England this January and has been living in the hotel ever since. She now feels that leaving was the beginning of her struggles.

“You are safe but you lose everything(…) You have to start your life from zero. You have nothing here, you’re in just one room and you cannot go back, you don’t know about your future.”

“Their lives are on hold,”  says Caitlin Plunkett, operations manager at refugee charity Borderlands, adding that having no distractions leaves the asylum seekers free to worry about their families in danger.

“They’re stuck in limbo.” She says that mental health is declining “at a very, very rapid rate.” Bahara is taking antidepressants and some nights can’t sleep. At least two of these hotels, including Bahara’s, are currently doing building work, so there’s hammering and drilling going on all day.

There’s been an increase in the use of hotels as initial asylum accommodation since 2019. Clearsprings won a 10-year contract to provide accommodation for Wales and the south west in 2019, renting rooms from budget hotels while the food is provided by another organisation. Residents say the food is of very poor quality.

“There are no communal spaces at all, they’ve literally just rented the bedrooms,” says Plunkett.

Steve Owen is Learning and Groups Coordinator for Bristol Refugee Rights (BRR), one of the charities supporting people in the hotels with navigating the asylum process. BRR also connects people with solicitors but there aren’t enough to go around.

Owen says the hotel staff are helpful but not trained to deal with people with PTSD. “In one of the hotels, a young woman was suicidal and a receptionist had to deal with that in the middle of the nigh. The other half of the staff are security guards hired from a security firm.”

The biggest of these hotels has 250 men staying there. “They have absolutely nothing to do,” says Imogen McCintosh, founder of refugee charity AidBox. “They have no money, they’re being given cold food. It’s a boiling pot of health and mental health disaster.” After a scabies outbreak all the men had to be given new clothes. The hotel has a swimming pool and gym but the asylum seekers aren’t allowed to use them.

Clearsprings has come under fire for providing poorly maintained dispersed accommodation elsewhere in the country, overrun with rats and cockroaches and with broken electrical fixtures. Corporate Watch, which calls Clearsprings an ‘asylum profiteer’, reported that the company was paid £68.7 million in the year ending 31 January 2020. Clearsprings boss, Graham King, made at least £4m from 2015 to 2020.

A spokesperson for Clearsprings said: “Accommodated asylum seekers are able to raise any issues or concerns with staff directly or via the 24/7 Migrant Help hotline. We will then investigate the issue and resolve it in line with the requirements of the contract.

“Clearsprings Ready Homes works closely with its delivery partners to ensure that safe, habitable and correctly equipped accommodation is provided. Whenever issues are raised, or defects are identified Ready Homes will undertake a full investigation and ensure that those issues are addressed.”

Delays are ‘a real trend since Priti Patel came in’

“You just wait, basically,” says Owen. And they wait for months. To find out if they’ll be allowed to stay, and what part of the country they’ll be moved to. They’re not allowed to work and they also wait – often months –  to have any kind of income. Asylum seekers living in the hotels are eligible for £8.24 a week while their claims are assessed, but it can take months for this to start coming in. Bahara is currently on month three of no income.

“Migrant Help are the first people you need to speak to,” says Plunkett. The charity won the contract for an  advice line but callers are kept on hold for hours. “One woman described it as torture having to call knowing they won’t answer, or that it’ll be hours, or when you get through you’re not going to get help,” says Owen, adding that Migrant Help doesn’t have enough staff to fulfil their obligations. Bahara even had a call handler hang up on her when she asked them to repeat a word she didn’t understand.

But the process of seeking asylum has slowed down drastically since 2019 when Priti Patel became Home Secretary, and the backlog has trebled. The Home Office says it is recruiting hundreds more caseworkers as it now takes on average over a year for an initial decision. In 2019 the Home Office dropped its six-month target for assessing claims, to prioritise cases involving vulnerable people and appeals. It’s worse than the official statistics, says immigration and asylum barrister Colin Yeo, as there’s a 20-week wait to even register an asylum claim.

Bahara is one of the lucky ones. She speaks fluent English and can more easily navigate the complicated system. “People who speak English are able to call around to ask [for solicitors], but even they are hitting brick walls,” says Plunkett.

“To be honest I think it’s just a broken system. It always has been and now it’s just exacerbated,” says Plunkett. And now, the Nationalities and Borders Bill, if made law, is set to make things considerably worse.

The bill has been roundly criticised for clauses that would criminalise asylum seekers arriving in the UK by unauthorised routes, like on a small boat or lorry. It also contains proposals to keep asylum seekers in ‘offshore hubs’ while their claim is considered, and powers to strip someone of their citizenship without warning.

“You can see the government is wanting to make it as hard as possible for people,” says Plunkett. “It shouldn’t take a year to make [the asylum] decision. These are people’s lives you’re dealing with. Someone who’s fled torture. They’re traumatised by what happened, and the journey, and then retraumatised when they come here.”

Update: Since publishing, Bahara and her husband were moved to a hotel in London with less than 24 hours’ warning. 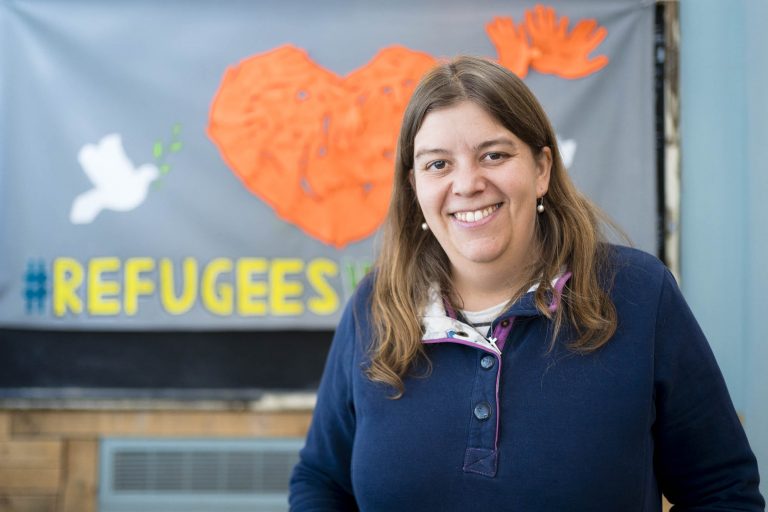 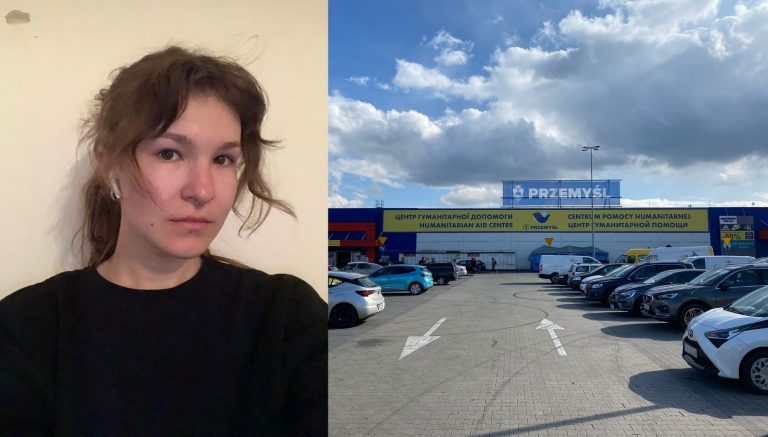 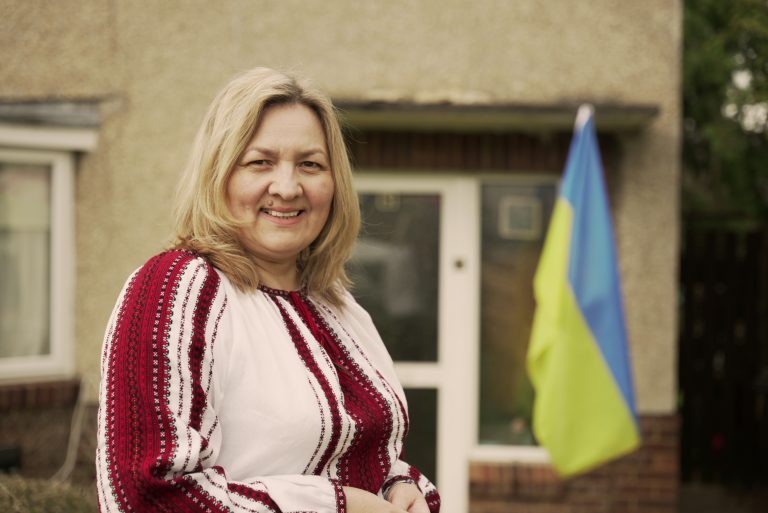