Chris McEvoy lives on Coronation Road in Southville, just inside the southern edge of Bristol’s upcoming Clean Air Zone (CAZ). His family would save thousands of pounds a year if he happened to live just one street over.

Bristol City Council has given residents living in the zone an exemption from the £9-per-day charge until the end of 2022. However, if the scheme comes into force in late September as planned, it will give families like Chris’ just three months to replace their non-compliant vehicle.

The aim of the CAZ is to reduce deadly levels of nitrogen dioxide (NO2) pollution, which mainly comes from road traffic, to legally-compliant levels by 2023.

There have been delays to the scheme’s introduction but the exemption period remains the same, with the council having asked central government for an extension. Financial support and minimising the impact on low income households was one of the main reasons the local authority has used to justify Bristol taking longer to finalise its scheme.

“We are a family of four who own one car which is used for commuting to work and travelling to school in the morning,” says Chris, who is calling for an extension to the exemption period. “We cannot get rid of our car and have no choice but to replace our vehicle or pay £9 a day.”

Neither of those options work for Chris and his family. “It would cost between £20,000 to £40,000 to replace our family vehicle with another one,” he says.

Every day, before he commutes to Swindon for work, Chris has to drive his 12-year-old child to school because he says the local bus service is so unreliable that they used to turn up late to class every week.

He relies on his car for his livelihood and is concerned that he doesn’t have enough time to switch to a greener vehicle before facing charges potentially exceeding £3,000 per year.

The £9-per-day charge is expected to come into force this September, but as some celebrate its introduction after multiple delays, others have voiced concerns over the amount of financial support provided by the council and the lack of clarity on when residents living inside the CAZ will be affected by the charges.

Chris says he is by no means a “pro-car zealot”. He wants to live in a city with “breathable air” and says  the CAZ might be “an acceptable price to pay if air quality actually improves”. He does, however, stress the need for improved public transport links and a longer exemption period to give people time to buy a greener vehicle.

Nearly three-quarters of vehicles in Bristol already meet the environmental requirements to avoid the daily charge. However, as reported by the Cable last month, some local businesses, residents and scientists have highlighted multiple bumps in the road with the CAZ’s implementation.

Bristol City Council is providing financial support to individuals earning less than £27,000 to help them upgrade to a greener vehicle, as part of a £42m financial package agreed with the government.

Eligible residents are able to apply for a maximum grant of £1,500 to assist them with this transition, which can be topped up with a £500 loan, but some are worried that even this support is insufficient to get a compliant vehicle on the road.

One resident told the Cable she never got a response from the council after making an application for this support, so she ended up buying a new car herself. “I did apply but heard nothing so I knew I had to jump on buying a car sooner rather than later,” she says. “The push backs on the date just made me nervous as I felt like it could be sprung on us at any point.”

Another resident, Liz Lintell Smith, says she “can’t see a way of being able to upgrade”. “Even if I could manage it,” she says, “the costs involved are astronomical. The council might give me £2,000 … but to be honest I’m not convinced this will be enough to get a new car on the road.”

“Everyone will have different circumstances so I can understand the council putting the pressure on and I want to support having clean air. But financially it isn’t viable for me personally and I expect many small business owners will be in the same boat.”

Chris and his family do not qualify for any financial support. Even if he did, he says that buying a compliant vehicle would cost significantly more than usual, with second-hand car prices now 32% higher than they were this time last year, according to AutoTrader.

“It is currently the worst time ever to replace a vehicle which, when combined with all of the other cost of living increases, puts intolerable stresses on our family finances.”

He has written to his local Green councillors Christine Townsend and Tony Dyer, to ask them to extend the exemption period beyond the December deadline.

How does Bristol compare to other cities?

Chris says that Bristol City Council has given less support to residents living inside the CAZ than any other council in England. Certainly, Bristol’s exemption period is on the less generous side, something which one Green councillor seems to agree with.

Ani Stafford-Townsend, Green party councillor for Central says that other cities have “done deals with the [Joint Air Quality Unit (JAQU)]” to get longer exemption periods. “It would be hoped that Bristol would also do a better deal,” she says.

In March 2021, Bath City Council became the first local authority to implement a CAZ, followed by Birmingham and Portsmouth. As a “Class C” CAZ, there is no charge for private vehicles, but the exemption period provided to other non-compliant vehicles ranged from two-years for some vehicles, like community transport, to four year for others, like recovery vehicles.

In June of the same year, the launch of Birmingham’s CAZ was complemented with a generous two-year exemption period. The council told the Cable that this period was intended to provide “additional time” to residents who lived inside the zone “to replace a vehicle subject to the daily fee or to consider some of the alternatives to car use”.

Portsmouth City Council launched their CAZ in November last year, with an equally generous exemption period. School and community transport vehicles were given a period of two years to avoid the CAZ payments, whilst wheelchair accessible taxi and private hire vehicles were given six months.

A Portsmouth City Council spokesperson said: “It has been really important for us to try and support vehicle owners and operators to upgrade to compliant vehicle types as this will lead to lower levels of harmful emissions more quickly and improve public health.”

But other cities are taking a different approach. Greater Manchester’s CAZ was meant to get the green light next month, but metro mayor Andy Burnham announced charges for private cars were going to be scrapped, in an attempt to meet the city’s 2026 air quality target with an increase in electric car and bus use alone.

Last week, Newcastle also announced that it was putting its CAZ on hold, giving residents more time to prepare for the charges.

Chris says that the cost of living crisis is “affecting everyone”, but “Bristol won’t take action on [the] CAZ to help people, unlike Manchester and Newcastle”.

Minutes from an Overview and Scrutiny Management Board (OSMB) meeting in November 2021 state that “a one-year exemption for residents from the CAZ requirements had been agreed with the Joint Air Quality Unit (JAQU)”.

However, this agreement was made in accordance with the CAZ’s original schedule, being implemented in Spring 2021.

Due to the delay to Bristol’s CAZ, Stafford-Townsend says it’s unclear whether the exemption period will be extended or not. “Urgent clarity and details are required in order to not exacerbate the financial concerns and fears of those who live in, close by, or need to enter the CAZ,” she says.

A Bristol City Council spokesperson said: “Anyone who works within the zone and earns less than £27,000 will be able to apply for a temporary exemption from the charges, and we also have funding from government to help people use public transport or walk and cycle for more journeys.

“We are in constant discussions with government about how we can meet its set deadlines and best support Bristol’s citizens with the changes needed and have asked for an extension to the exemptions.” 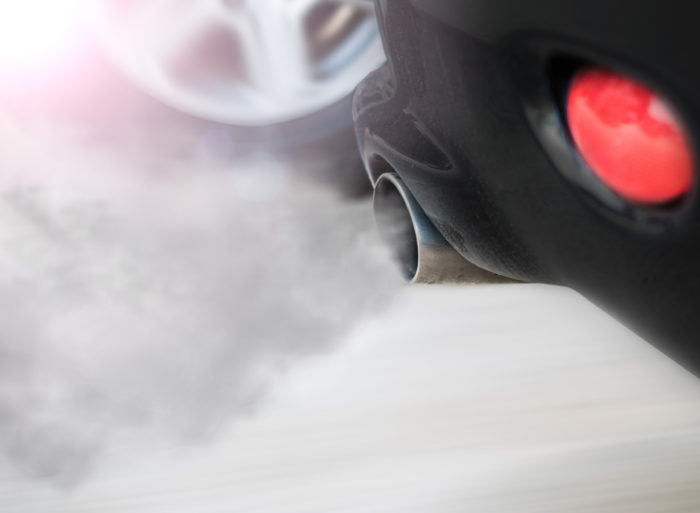