Perched on the dusty bank of the River Avon at Conham River Park just a few kilometres east of Bristol city centre, Becca Blease points to the treeline above her head. A Green woodpecker flies past, its characteristic ‘bouncy’ flight pattern making it easy to spot, while two damselflies skim the surface of the glossy water in front of us.

Blease is an environmental campaigner who has been working to get this section of the Avon, which carves its way between Conham River Park and Eastwood Farm, a type of classification called Bathing Water Status. If approved, this status would place a legal duty on the government to monitor the river quality in this area and publish information to the public about how safe it is for wild swimming.

But Bristol City Council have recently cast doubts on the campaign, citing local by-laws to justify blocking Becca’s application. These laws, which ban wild swimming between the harbourside and Hanham Locks near Keynsham, will be reviewed, but not for a couple of years, according to the local authority.

Due to this uncertainty, Blease is changing course by exploring other ways to protect the Avon from further pollution that don’t just focus on river pollution as an issue for human health, but also the river’s health. “I’m now looking for a recourse to stand up for the river itself, to give it a voice and to stop the damaging practices against it,” she says.

‘A cocktail of pollutants’

Untreated sewage and farmland run-off entering UK rivers has climbed up the political agenda in recent years. Last year, the Cable revealed that utility company Wessex Water spilt untreated sewage into the Avon for more than 100,000 hours in 2021 alone, with E. Coli levels at Conham 20 times the sufficient level for swimming, according to standards set by the World Health Organization.

The solution to this pollution crisis, Blease believes, is to radically change how we see rivers, not as an extension of the wastewater network, but as a living, dynamic and fundamental part of the natural world. Becca believes that the logical, but admittedly radical, next step in this journey is to afford the Avon legal personhood, giving it the same legal rights as a person. This might seem questionable, but as Becca points out, corporations have already been given legal rights, even though they clearly can’t speak for themselves.

“In my mind, I think of it like the rights of a child. It’s someone, something, that is obviously deserving of a voice, but currently doesn’t have it,” she says.

But this isn’t just blue sky thinking. Other rivers around the world have already been granted this status, such as the Whanganui River in New Zealand, which in 2017 became the first river in the world to be given legal personhood. Like with young children, the Whanganui clearly cannot represent itself, so it was given two legal guardians – one from the government and one from the indigenous Māori tribe. If damage is done to the river, these guardians can sue those responsible on behalf of the Whanganui.

India, Ecuador, Columbia, Australia, the US and Bangladesh have all begun to review their own legal systems following this historic decision.

‘Are rights of nature too radical for the UK?’

Even in the UK, Frome Town Council tried to pass a bylaw that would give a section of the River Frome legal personhood. However, this was rejected by the Government on the basis that it would duplicate current environmental laws, a claim that Paul Powlesland, a barrister at Garden Court Chambers, calls “spurious”.

Powlesland, who co-founded the group Lawyers for Nature, believes deeply in legal rights for nature, which he says would completely change our relationship with the natural world from one of domination to one of balance and respect. But he says that there is little prospect of change in the UK round the river bend anytime soon. “The UK is one of the hardest nuts to crack,” Powlesland admits. “We are where the idea of nature as a resource originated, we are also one of the countries who is most disconnected from nature.” 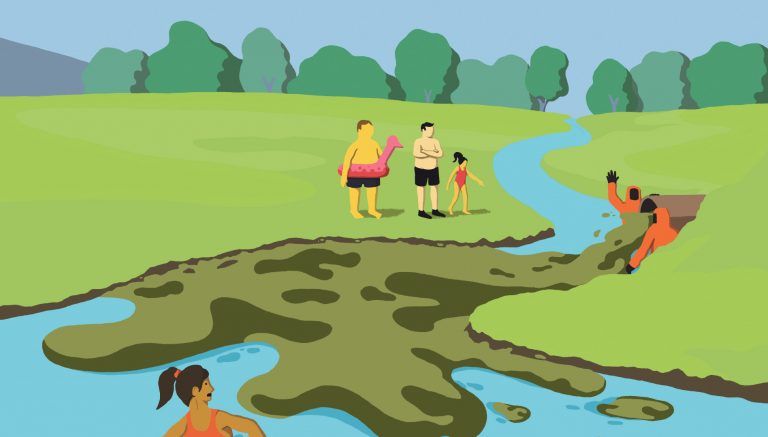 A more realistic step that community groups are already starting to do across the UK is to declare the rights of the river themselves. Even though the law would remain the same, Powlesland believes that ordinary people deciding to act as guardians of nature would result in rivers like the Avon being better protected. “People on the ground who love and care for the river, who know the river, that has real power,” he says.

Community groups like Cambridge’s Friends of the River Cam and Yorkshire’s Ilkely Clean River Group have already done this, producing a list of rights that they believe should be afforded to UK rivers, including the right to be free from pollution and the right to sustain biodiversity.

“The rights declaration has inspired others to get more involved in caring for the river,” says Tony Booth, who is on the steering group for Friends of the River Cam. “We were talking with school children about the idea of river rights only yesterday, invited because of the focus of our group.”

Blease agrees that these types of declarations would be a great way to bring the community together in Bristol, but she says their success should only be measured with a real change in the health of the river. And this change is needed fast. “We seem to be at a crucial time,” she admits.

Thankfully, guardianship is a solution that can be put into play today, Powlesland says. In terms of full legal personhood, however, he concedes that we are still some way off. He continues to campaign towards that goal, but it will be a turbulent ride. “Never say never,” he adds, in a slightly tentative, but excited, tone.