Walk down Church Road from St George Park and it feels as if this part of Bristol is bucking national trends towards pubs closing. As you leave the park there’s the recently opened Red Church, then the Fire Engine, Dark Horse and George and Dragon.

But wander through the sidestreets towards Barton Hill and a different picture emerges. Within 10 minutes you pass the former Three Crowns, Hauliers Arms, Hop Pole, Swan and Russell Arms. All have closed within the last decade or so, with most turned into housing.

Now, two of the area’s most recently departed pubs face the same fate. They are St George’s Hall on Church Road, and the Rhubarb Tavern in Barton Hill.

Opposing the pubs’ redevelopment are two community campaigns with very different ambitions. But the people involved say they highlight common concerns about how hard it is for communities to hang on to places that matter to them, and how processes and policies stack up in developers’ favour.

A hidden cinema, and a last pub

The effort to save St George’s Hall, until recently a Wetherspoons, has been easily the most high-profile.

The chain’s attempts to sell it in 2019 were shelved after criticism about the lack of affordable pubs in the area. But in 2021, Wetherspoons accepted an offer from a local developer, Landrose. Last orders were called on 19 September.

That might have been that but for a conversation between local resident Paul Burke and a neighbour, who told him of a cinema hidden behind the Spoons, which has lain empty since 1961.

A petition started by Burke to save the cinema for community use has attracted almost 10,000 signatures and, campaigners have said, investment offers. The campaign has won support from councillors across parties, and even Hanham-born comedian Stephen Merchant.

“This building could serve the community in a way nothing else on this high street could,” says Redfield resident Bianca Pardhy-Avis. She helps run the campaign’s 2,400-member Facebook group. “Food and a bar, local access to culture, and giving people a space to showcase their own talents.”

But in January, Landrose, which also redeveloped the nearby Three Crowns, submitted plans for 44 bedsits at St George’s Hall. While the developer proposed a potential new 20-seat cinema at the site, the original 1912 auditorium would go.

“The Swan had always been a small ‘wet pub’ – a place to go and drink,” says Alexander Smith, who leads the We <3 The Rhubarb Tavern group. “The Rhubarb, with its kitchen and big back garden, has more to offer.”

Besides being well-used by locals, the pub sometimes hosted outside events, including by the team behind long-running party Dirtytalk, who have opened the Strange Brew venue in town. It sits close to Silverthorne Lane, where plans for homes, offices and a school offer the potential for new trade.

But when the Rhubarb closed in summer 2020, its last landlords claimed the business had become unviable. That’s a position the owner, London-based Mona Mogharebi, reiterates to the Cable.

Her company Natan submitted plans to redevelop the site into 14 flats – eight in a new building in the garden – before withdrawing them early this year. They were replaced by a fresh application offering the possibility of reopening a pub on the ground floor, while still converting the upstairs and building flats in the garden.

‘No right to purchase’

During autumn 2021, both the Rhubarb and St George’s Hall groups sought to get the buildings listed as assets of community value (ACVs).

ACV status was introduced under the 2011 Localism Act to offer some protection to communities whose amenities – including pubs – were under threat. At the time, the law, since tightened, allowed pubs’ uses to be changed without going through planning procedures. Listing properties as ACVs was meant to make it “easier for local people to take over [by buying them] the amenities they love”.

If an owner decides to sell and close a business listed as an ACV, it must tell the council, triggering a six-week period during which the community can express an interest.

“But that doesn’t give you any right to purchase,” explains Chris Faulkner-Gibson, a local CAMRA member who’s been supporting the Rhubarb campaign. “All it does is give a campaign group a six-month moratorium [during which the owner can’t sell to someone else].”

To get their hands on the ACV, Faulkner-Gibson continues, the group must then form a body able to raise money and issue shares. But the owner isn’t obliged to sell to the community group and can negotiate with other parties during the moratorium.

Even so, the process is worth going through, Faulkner-Gibson adds. “It means one part of the local authority has agreed this is an ACV – that’s a material consideration for the planners.”

The Redfield cinema group nominated St George’s Hall on 3 October 2021, when it still belonged to Wetherspoons. ACV status was granted on 28 November, which was unfortunately 17 days after Landrose completed its £800,000 purchase. Meanwhile the Rhubarb was listed as an ACV on 7 January 2022.

Both owners fiercely appealed the decisions based on various arguments, including whether they met statutory requirements around listing the properties as ACVs.

These say a property “must have been used for the purpose of furthering the social wellbeing or interest of the local community in the recent past”. It adds that it “must also be realistic to think it will be used for the same purpose again in the next five years”.

While the debate over the Rhubarb hinges on its viability as a pub, the test represents trickier ground for the cinema campaigners. The purpose of the building they are trying to preserve is something it has not been used for in 60 years – hardly the ‘recent past’.

But in the end, both campaign groups’ ACV awards were quashed in the spring, on an identical technicality and without the arguments being fully considered. ACV applicants must formally state that members will take no future profits in the event they manage to buy a building. Since neither campaign had ticked this box, council lawyers struck the awards out as invalid.

Chris Faulkner-Gibson acknowledges the decisions were correct. But he suggests the council could scrutinise applications more rigorously and highlight possible flaws, to prevent applicants’ time and effort going to waste.

“To me, the spirit of [the ACV process] ought to be to enable communities to get their foot in the door,” says Brendan Tate-Wistreich, who worked on the St George’s Hall application. “If instead the experience is that people get bogged down in legalese and entangled in bureaucracy, then the developer wins every time.”

While both groups weigh up reapplying for ACV status, the wider planning process has offered both trepidation and hope. On 9 June, the Rhubarb application was pulled from Bristol’s planning portal, with Landrose removing the St George’s Hall one a fortnight later.

Sources suggest the Rhubarb application’s withdrawal may be temporary, due to errors. But as and when it returns, campaigners theoretically have a decent hand to play. 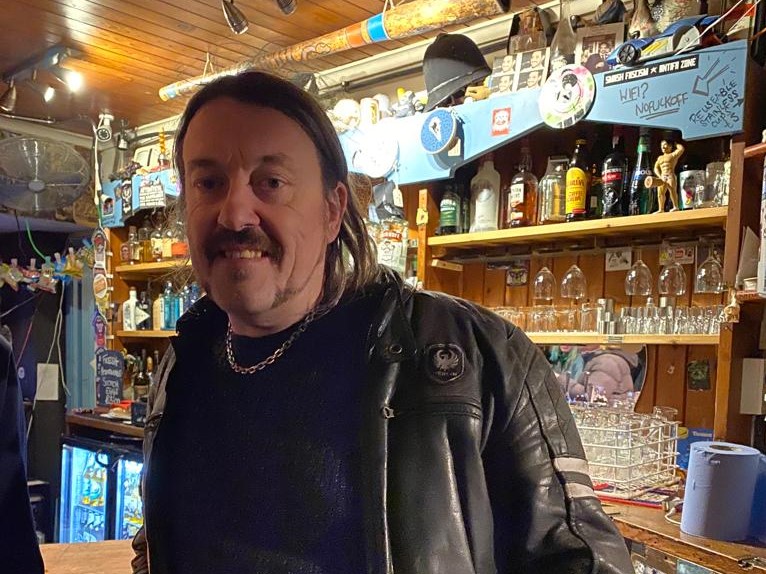 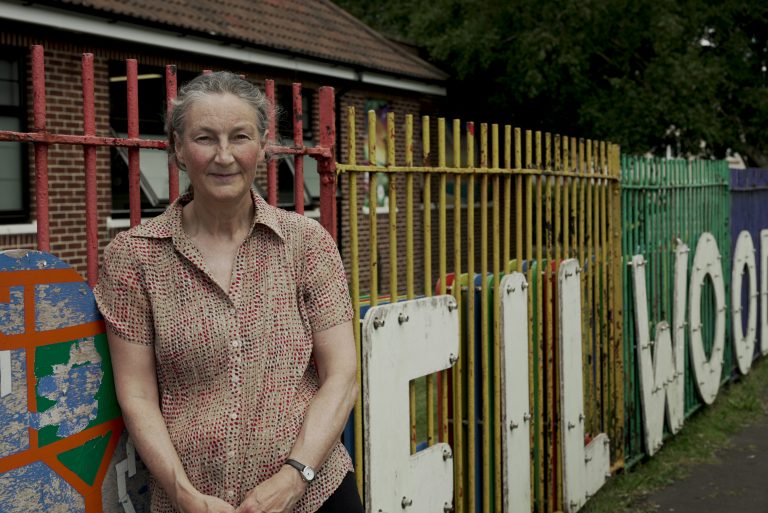 Local planning policies state that for permission to be granted to change the use of a pub, there must either be “diverse alternative local provision” or it must be demonstrably unviable.

“It looks simple – Bristol’s planning policies relating to pubs, compared with many other local authorities, are very good, clear and comprehensive,” says Faulkner-Gibson.

But earlier this year, Bristol City Council’s head of development management Gary Collins shocked attendees at a planning meeting when he admitted the authority routinely takes on trust owners’ statements about whether pubs are viable.

The Cable understands CAMRA is considering seeking a judicial review of the council’s application of its own planning policies, which have been in place since 2014. According to Faulkner-Gibson, Collins agreed in April to begin the process of contracting an independent expert to examine future applications – including the Rhubarb’s – where viability is disputed.

Bristol City Council did not respond to a request for comment on the ACV process and on whether it is moving forward with seeking independent scrutiny of pubs’ viability.

For St George’s Hall, the outlook is more complicated. Because it sits metres from a number of other Church Road pubs, planning policy appears to offer little protection.

But in a Facebook post announcing Landrose’s decision to pull the application, Paul Burke struck a positive note. He said a phone call with the owner led to an agreement for a meeting “to go through realistic compromises to see if there is an outcome that works for everyone”. Landrose did not respond to a request for comment.

Local Green councillor Barry Parsons, who has supported the St George’s Hall campaign, says he remains hopeful the venue can avoid becoming the latest in the area to disappear, despite the system “heavily” favouring developers.

“You can keep the cinema, open up the frontage onto Church Road and still provide housing on the site,” he says. “I can see a way forward [based on] communication between the developers and the campaign – beyond that, who knows?”