“It started on Filton Avenue.” Nathan Barnett, a 24-year-old software developer, had been cycling home from work when he encountered an aggressive taxi driver.

“There wasn’t enough room to overtake me,” he recalls. “So he pulled up next to me and started shouting. I told him to fuck off. I carried on and he drove off.”

That might have been the end of it – had Nathan not bumped into the taxi again. “I went past him and that’s when he pulled out and tried to run me off the road. I rode onto the pavement and got behind another car. He had his window down, yelling at me.”

Things then took an even more disturbing turn. “He threatened to put me in his boot. It was like some terrible comedy sketch.” The driver gave up and drove off. Nathan shrugged off the incident, but he has no doubt it would have shaken a novice. “In a way, it was fortunate it was me and not a new cyclist.”

Bristol became the UK’s first ‘cycling city’ in 2008, an accolade which came with a £11.4m grant to develop cycling infrastructure. It generally has higher cycling rates than many cities, but they could be even better. A survey by Bristol Cycling Campaign of 1,200 people, a third of whom didn’t cycle regularly, found that people’s main reasons for not cycling more were concerns about road safety, bike theft and personal safety.

Aggressive exchanges seem common on Bristol’s roads. In October, a van driver escaped jail after punching unconscious a cyclist who clipped his wing mirror. Bristol Cycling Campaign launched a petition calling on the council to take action for safer cycling after thousands protested the city’s lack of safe bike lanes. The petition has now received more than 3,700 signatures so will be debated by councillors.

Francis Tocher, a PhD student living in Westbury Park, was injured in an accident in March. “I was leaving a roundabout at the third exit,” he remembers. “Some guy came on from the second exit, failed to give way and hit me. I got a bit of whiplash and small fractures to my left elbow.”

Francis has also had close passes with buses, but emphasises this is not drivers’ fault and is often down to poor junction design.

He believes Bristol’s large junctions need segregated cycling infrastructure. “Quiet back roads don’t bother me,” he says. “But the high-stress, complicated junctions in the city centre have large amounts of traffic.” 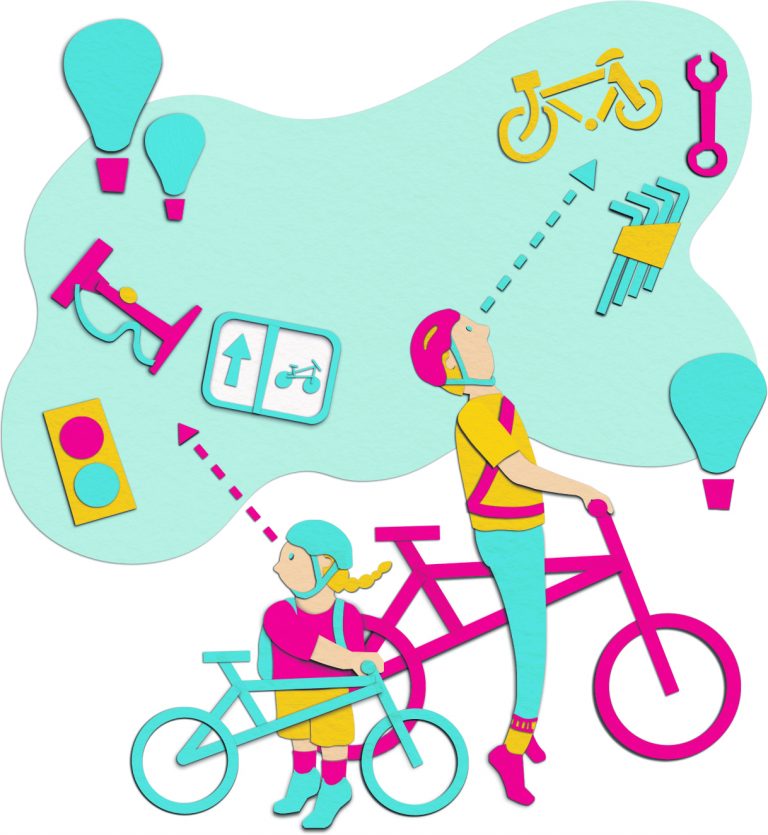 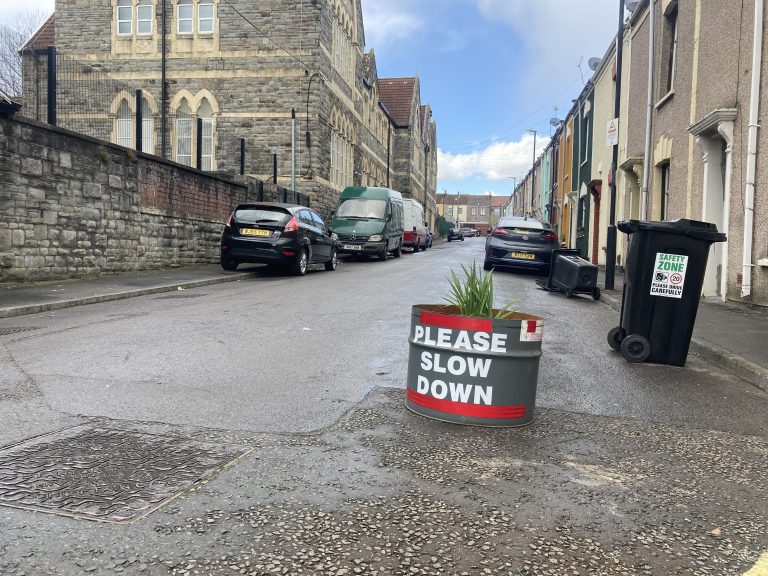 Many agree with Francis. A study by cycling charity Sustrans found 82% of respondents thought cycleways segregated from traffic and pedestrians would help them cycle more.

Ian Pond of Bristol Cycling echoes this: “We accept not everyone can cycle and cycling isn’t appropriate for every journey. But with 47% of people in the UK owning or having access to a bike, if we’re going to persuade more people to cycle, they’ve got to feel it’s safe.

“That means continuous, protected cycle corridors across the city, which allow everyone to see it’s safe, easy and reliable to cycle.”

In its 2019 transport strategy, the council committed to creating a new Bristol cycling strategy, which would aspire to build a “comprehensive cycle network … segregated wherever possible”. The council said it would publish that after the West of England Combined Authority unveiled its Local Cycling and Walking Infrastructure Plan (LCWIP).

Campaigners cautiously welcomed WECA’s plan. “The LCWIP describes a number of mostly radial routes to the centre that predominantly follow major roads,” Pond says. “That’s great, but these need to be in the context of an entire cohesive network.”

The council says Bristol has over 75 miles of segregated cycle lanes, including on Bristol Bridge/Baldwin Street. In May, it announced almost £6 million to improve cycling infrastructure, including new segregated cycle lanes in Old Market, and permanent ones on Park Row and Upper Maudlin Street. It’s helping to fund the Bristol to Bath Railway Path, and the permanent pedestrianisation of the Old City and King Street.

In recent weeks, cycle lanes on Whiteladies Road have been saved after council plans to get rid of them that some cyclists called “crazy” were scrapped. But there were also questions raised a lack of consultation when the cycle lane on Cheltenham Road was removed, making it easier for cars to park on the pavement near the junction with Ashley Road.

The council hasn’t published its new cycling strategy yet, and the concern for many is that without it cycleways will remain disconnected and unsafe.

Pond says Bristol’s new cycling strategy must also include measures like secure bike parking and cycle training. “We helped create the last cycling strategy back in 2015. We’d be happy to help again.”

A council spokesperson said: “Since writing the transport strategy we have had to respond to a number of issues, including COVID-19 and the government’s emergency Active Travel Fund. Our resources have been focused on dealing with those issues and drawing up plans to use the new Active Travel Fund rather than developing a cycling strategy.” 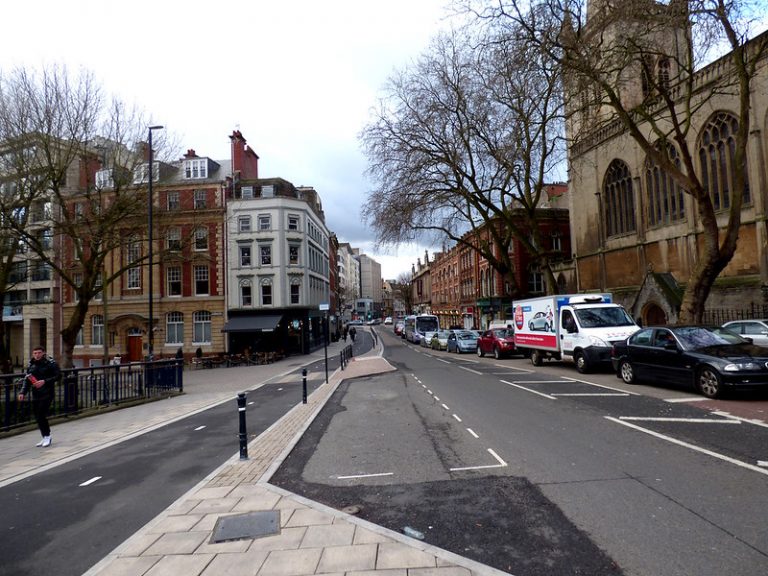 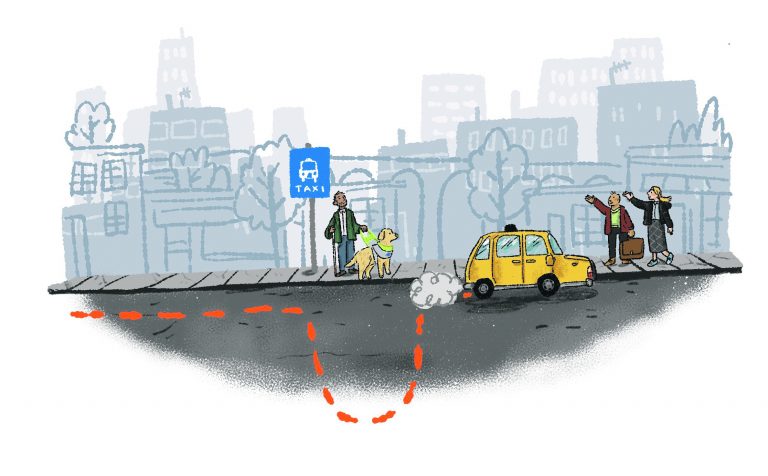