Relationships between Bristol City Council, parents and carers of children with special educational needs and disabilities (SEND) remain “difficult”, despite the authority improving its services.

That’s the verdict of a new report by inspectors from Ofsted and the Care Quality Commission (CQC), who re-inspected SEND services in October to assess whether the city council had made “sufficient” progress against five key weaknesses identified in November 2019.

In four of the five areas, inspectors found things had got better.

Leaders, including within schools, who were criticised for being unaccountable at the previous inspection, were judged to have made “considerable”, albeit uneven progress and to have created a more positive culture among SEND professionals.

The identification and assessment of children and young people with SEND was also found to be improving, as was support to address their underachievement at school and high rates of absence and exclusions.

“Parents and carers remain worried that many schools do not give children and young people with SEND the support they need,” the report said. “However, there has been a cultural shift in the way that professionals and schools work together.”

Meanwhile Bristol’s “dysfunctional” process around education, health and care plans (EHCPs), which set out children’s additional needs at school, was also judged to be turning a corner despite weaknesses remaining.

Huge delays around EHCP assessments have been an important source of bad blood between the council and local parents and carers, and the inspectors warned that some children are still waiting too long although inadequacies in the system were being addressed.

Tim Kent, a Lib Dem councillor for Hengrove and Whitchurch who has personal experience of the SEND system, wrote on Twitter that it was “noticeable the inspection letter concentrates its comments on the content of the plans (which are important) and talks less about the continued and unacceptable delays in issuing plans”.

The council’s People scrutiny committee, which Kent chairs, will discuss the inspection report findings on 28 November.

While the report’s tone was mostly cautiously positive, inspectors found “difficult relationships” between the council and local parents and carers had persisted, and that insufficient progress had been made in this area.

“[Relationship problems] continue to affect the quality of co-production that takes place between area leaders and parents and carers,” the inspectors’ report concluded.

The picture was judged to be “more mixed” than at the last inspection, with most parents and carers who had recently accessed support being “positive about their experience”.

Even so, inspectors found some parents and carers “continue to lack trust in the system and feel that leaders are not acting in the best interests of their children”.

The issues have been in the spotlight since the summer, when leaked emails revealed the council had been monitoring the social media accounts of the chair, Hayley Hemming, and former-vice chair, Jen Smith, of Bristol Parent Carer Forum (BPCF). The forum is one of a national network of groups set up to ensure local services meet the needs of SEND children and their families, and was until June in a formal partnership with the council, which then pulled out of endorsing its continued funding by the government.

Officers claimed social media posts – in particular by Smith – were overly negative and confrontational, and amounted to ‘campaigning’ that conflicted with their partnership role with the council. BPCF has strongly denied the allegations, maintaining that the use of personal social media accounts meant there was no conflict of interest, although Smith subsequently stepped down from her role.

‘No formal structure in place’

The council’s actions have led to accusations of unlawful surveillance and misuse of personal data, as well as anger over their corrosive impact on its perception among parents and carers. Councillors voted in October to commission an independent inquiry – possibly involving the Local Government Association – into the alleged spying.

Bristol’s mayor, Marvin Rees, accepted the result of the vote – which is not binding on him – but there has been no formal announcement on the investigation.

Some councillors have told the Cable in recent weeks that they believed a relatively positive outcome from the SEND re-inspection could lead to it being shelved.

The end of the council’s partnership with BPCF means Bristol currently has no lead body that represents parents and carers, although the inspection report said that “plans are in place to re-establish [one]”.

The Cable understands that BPCF intends to reapply for the funding for 2023, something Bristol City Council’s executive director for people, Hugh Evans, encouraged in a letter to Hemming sent on 22 June. But in the meantime the council has implemented a ‘Community of Groups’ via which it meets with 21 organisations – including BPCF, which claims the approach is overly fragmented and not sufficiently balanced as a partnership arrangement.

Over to the government

Asher Craig, Bristol City Council’s cabinet member for education, children’s services and equalities, said in a statement responding to the report that the Community of Groups was “just one good example of our work [around partnership between public services and parents and carers]”.

“We look forward to solidifying the coproduction and engagement systems and structures that are currently in place, added Craig, who said she welcomed the report’s findings.

Phil Minns, the lead Ofsted inspector, said that given the council’s progress against four of its five targets, but failure to address all weaknesses, the government should decide whether any further action is necessary.

The council’s statement said it “and local area partners, including health, will now work with the Department for Education (DfE) and NHS England to determine next steps”.

Opposition councillors clashed yet again with the mayor and cabinet member for education Asher Craig over allegations of social media 'spying'.

The teenager missed half a year of speech and language therapy that they should have received. 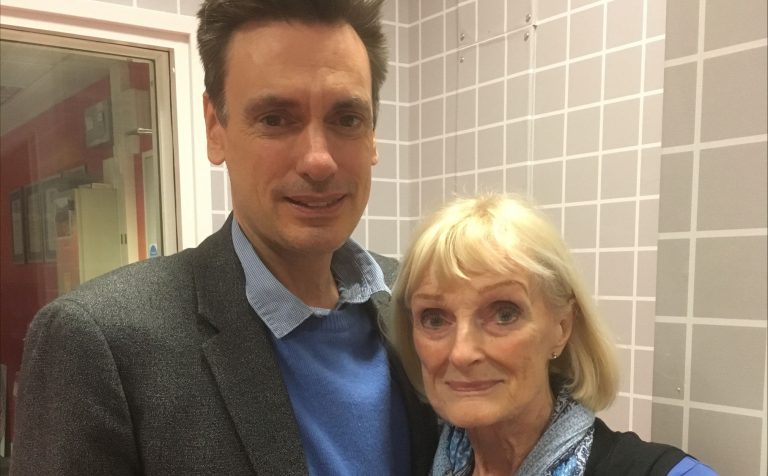