The murder in south London of Daniel Morgan has cast a shadow over British policing, the Home Office and the media since the fatal axe blow struck the 37-year-old private investigator’s head in a pub car park on 10 March 1987.

For the last three decades, Jonathan Rees has been the police’s prime suspect behind the murder of his business partner, a crime he denies.

The case has been examined by five police investigations; it became a centrepiece of the Leveson inquiry into media standards and is currently the subject of a government-appointed panel who have still not reported after seven years.

In 2015, the action moved to Bristol when Rees became involved with an ex-SAS man to recover stolen art belonging to Esmond Bulmer, the cider baron and former MP. Pressure from the Tory grandee on Theresa May and Avon and Somerset police had caused the case to be reopened.

Dark Arts is a tale of private investigators, corruption, political pressure, Pakistani heroin and a mansion in the Somerset hills revealed over three parts in a new Cable true crime series. 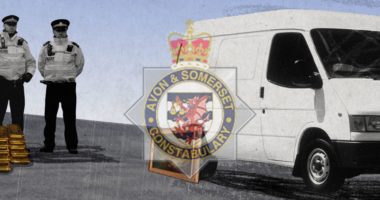 Public interest journalism is expensive, but powering the Cable isn’t

Have you got any information in connection with this story? We want to hear from you. We handle all information confidentially and will work to protect your identity should you wish to remain anonymous. Our reporting would not be possible without the trust and support of our readers. You too can be the Cable’s eyes and ears.