The Cable’s five-year investigation exposed the exploitative working conditions, allegations of modern day slavery and poor treatment of tenants as a landlord by local man Salvatore Lopresti and his family business. We wanted to share the story of what we’d done with members and readers and chat to them about what they thought of it.

Read the full investigation, listen to the stories of workers and tenants, and see how the allegations span the city with an interactive map.

Cable events are also about building our community, so we give everyone in the room chances to exchange ideas, experiences and knowledge with each other, as well as hearing from speakers.

On Monday, Cable journalists Adam and Alon kicked off the evening by sharing the story of the investigation. They described the practicalities of pursuing leads as well as the risks and ethical deliberation involved – particularly around the decisions to publish sources’ accounts and hand over evidence to the police and the council.

The Cable believes in ethical journalism in the public interest. We want our work to be as transparent as possible and accountable to both our members and the wider city. As a local media co-op, our journalists have the opportunity to connect directly with members and readers face to face. That’s what events like this are all about. We can open our journalistic process up to scrutiny and get feedback and ideas from our community.

Following the presentation, we broke into group discussions and questions from the floor. People were interested in how Adam and Alon found sources and avoided getting too emotionally caught up by the harrowing testimonies.

There was concern in the room about the alleged victims and the bigger widespread problem of worker exploitation. We discussed how many businesses there may be in Bristol exploiting workers and even keeping them in slave-like conditions. One member wanted to know if the alleged victims of slavery could get compensation in a civil claim. It was also suggested that trade unions could use their investigative powers to look into exploitative working in the catering sector where many workers aren’t unionised.

We also discussed how the Cable’s cooperative model allows investigations like this to take place. We’re free to pursue stories we think are important, rather than chasing site clicks and digital advertising revenue. Member Barry Cash thanked the Cable for the exposé, saying: “No other organisation could have investigated this for five years.”

Because of Cable members, we’re able to remain independent, publishing the stories that the 2,000+ Bristolians that own it think are important. It’s because of Cable members that we don’t have to be constrained by what's in the interests of an international media corporation, or cater to the interests of companies advertising with us. But to continue doing this, we need more members. For £1 a month you help keep us going

What other attendees had to say about the evening:

Thanks to all our members who make events and investigations like this possible. You can join them and be part of it from just £1 a month.

Traveller kids are being “pushed out” says teacher » 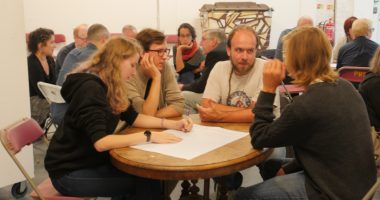 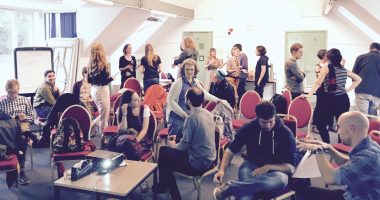