Politics and Hip Hop in Bristol

Does politics still have a place in hip-hop? D-Red, a local rapper and a selection of Bristol’s other artists mull the question over

What is ‘conscious’ hip-hop? The term typically refers to ‘socially aware’ or ‘political’ artists with a ‘message’ to their music.

As a hip-hop artist whose lyrics often have political and social themes, I sometimes wonder why we choose to make this type of music.

Is it a release of frustration about our socio-economic trials and tribulations, or a self-justifying preach to the already converted? Or is it an attempt to bring about change, whether one person at a time – as a young listener stumbles across an artist who challenges their way of thinking – or by moving the masses through having the right voice, on the right platform, at the right moment?

Is it possible to reach a platform of mass distribution when your ethos goes against the interests of the corporations holding the keys?

Is ‘selling out’ your artistic integrity the only way to reach such a position?

And if we have to pigeonhole things, does the ‘conscious’ label imply that the commercial norm is ‘unconscious’ hip-hop?

I’ve begun picking the brains of hip-hop artists in Bristol on the subject. I wanted to know about their influences, whether they set out to include ‘conscious’ or political elements in their music, and whether they see a place for such styles in today’s mainstream. What do they say?

“Of course there’s a place for the more political/social commentary style – that’s what hip-hop came from. It was originally a medium young people would use to get across how they were thinking and feeling in the system they were living in.

“I remember learning about how school funding for musical instruments in schools in [1970s] America got cut – that’s what led to turntables being used and people inventing new ways of making music. The system wasn’t assisting them so they did it themselves. Hip-hop originates from a place of social commentary, but once the money got involved, it got commercialised.

“I grew up on artists like Wu- Tang, as I said, Tupac, Immortal Technique, KRS–1 as well. Certain artists that have always had that [conscious element]. Those sort of artists, to me are what defines hip-hop. The commercial stuff is more like pop music.”

“Some of [my music] does have political aspects, and I get two types of feedback. Some people say, ‘That’s too deep; you’re going in too much, and a lot of people aren’t ready for that,’ or ‘Nah, that’s not gonna make it in the industry.’ The other feedback is ‘that’s good, the youngers need to hear this more, there need to be more artists talking this stuff, stay on it.’

“Today is just rubbish: non-consciousness – unconsciousness – is what sells. It’s good to keep it conscious if you can or, if you’re an artist who does a lot of commercial stuff, at least have a couple of conscious tracks on your album, balance it out a bit.”

“I think there’ll always be a place for politics in hip-hop – it’s about picking up a mic and expressing yourself. It’s one of the only forms of music whereyou can get away with saying certain things.

“Things I see going on in my world and the world around me inspire my music. You can’t go a day without seeing some type of politics so it will always be addressed in my lyrics somehow.

“I still think it’s possible to get signed, because there are always people that want to hear music about real issues… but it’s a lot harder. I can’t remember the last time I turned on the TV or radio and heard a song talking about real life issues.”

“I’m in a crew called Tough Touch Productions, under Crudely Cut Records, which is a bigger umbrella of independent Bristol hip-hop groups and artists.

“I guess [political hip-hop has some presence in the mainstream] – you get people that don’t really follow a particular scene or genre, but a track might speak to them because of its message or content. [But] lots of rappers fall into the trap of making clichéd music, which has been done a million times before.

“It’s positive, successful artists having a message, but I don’t think ‘political’ hip-hop is a massively popular sub-genre. ..The last mainstream group to be successful on a strictly political tip was probably Public Enemy… a long time ago! Artists like Immortal Technique are successful, but I wouldn’t say they’re mainstream.”

D-Red at the GBC.

Years ago, I used to think music could change the world. Now I’m post-twenties, I think people do it. But music can be a massive influence on people, and therefore a catalyst for change. Anything that promotes discussion [around] contentious topics is progression. We have a voice, and should always use it.

While a few of my questions were answered, this experience has raised more. Recording these discussions has deepened my thirst for knowledge, and increased my belief that there’s a path for socially aware artists who wish to benefit their community – even if we have to carve it out ourselves.

« Bristol Water: Who is getting what at the watering hole?

Listen: Round Table Discussion: Sexual harassment and violence against women in the city » 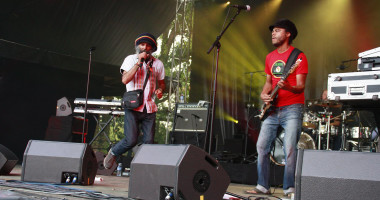 An evolving UK movement through the eyes of a musical warrior. 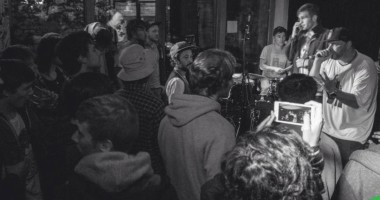