By the time this issue of the Cable reaches you, the dragged-out redevelopment saga of Stokes Croft’s Carriageworks and Westmoreland House will have been before Bristol Council’s planning committee.

The application by developer Fifth Capital to build on that site has been unusual in that it’s attracted hundreds of residents’ comments, many of them objections based on the area’s supposedly unique character. However most rest on the mooted affordable housing quota, a meagre eight units in a scheme of 118 homes, just 7% overall.

Completions of ‘affordable’ homes (see box at end) in Bristol – according to the Centre for Cities think-tank the least affordable major UK city housing-wise after London – peaked at 550 in 2009/10. They’ve since tanked to just 102 in 2013/14 against an estimated annual need of 1,500, and despite George Fergusons’ stated plans of circa 900 per year.

Feeding that picture, major inner-city developments containing slim or nonexistent quotas of market-rate reduced homes have been regularly approved by the council – often in neighbourhoods where housing costs have soared. Most of these developments fail to meet Bristol council’s aspiration of requiring

40% of ‘affordable’ homes within any schemes in inner east, inner west and northwest Bristol, and 30% elsewhere (see infographic).

In 2012, for instance, the council green-lighted an application by developer Coast and Country for the former General Hospital on Guinea Street. It had initially been refused, over inadequate affordable housing and infrastructure contributions. But an independent consultant’s report questioned whether the authority’s objections would survive the scrutiny of an expensive public enquiry – the council backed down and the scheme was approved.

The 205-home Redcliffe development described in promotional literature as an “exclusive and partially gated retreat”, will contain no affordable housing.

What’s the process behind these kinds of outcomes? Under Section 106 of the Town and Country Planning Act 1990, developers are obliged to offset the impact of their schemes. This can include environmental, community-based or infrastructure contributions, but a key demand is usually to deliver a proportion of affordable homes.

Many developers are predictably less than keen to fulfill these obligations. In the chilly post–2008 financial landscape, a niche industry of consultancies sprang up, offering a hand to developers wishing to demonstrate that their plans would become unviable were they to proceed with councils’ ‘affordable’ housing quotas. ‘Unviable’, in this case, might refer to profit margins dipping below 17.5%. Rules introduced by the government in 2013 have further eased the way for firms wishing to challenge the council on S106 agreements.

Towards the end of 2014, a number of sources contacted by the Cable – including planning lawyers and a former councillor – questioned the local political appetite for taking on developers in defence of affordable homes. Tony Dyer, who wrote extensively on Bristol’s housing challenges prior to becoming the Green parliamentary candidate for Bristol South, agrees it’s a worry.

“The council is scared of ending up in court,”

“No one will criticise developers for pursuing a court case, whereas the council will be accused of spending taxpayers’ money on stopping a development.”

Dyer did, however, back another controversial redevelopment – St Catherine’s Place in Bedminster. The scheme’s initial section, approved last autumn, will contain no affordable homes. A viability review – which, unusually, was made public – suggests the issue could be looked at again with respect to its second phase, depending on market conditions.

Dyer reckons the wider local ‘masterplan’ that St Catherine’s Place is meant to kickstart – which could eventually deliver 250 affordable homes in the area – makes this trade-off worthwhile. The developer Urbis, he says, is keen to make a “minimum commitment” – but he acknowledges nothing is set in stone.

As in other UK regions, ongoing council cuts have done nothing to level the playing field. Mayor George Ferguson was quoted in the Guardian in March 2013 as fearing that planning department budget reductions could let developers “command the agenda”. Eighteen months on, the Bristol Post reported that “swamped” local planners were struggling to cope with the volume of applications on their desks – and suggested they were “holding up” the city’s economic recovery with unnecessary bureaucracy.
The national picture has moved on recently. In December, the government exempted schemes smaller than 10 homes from Section 106 obligations. Redevelopments of empty offices, another resource that central Bristol has in abundance, have also been exempted – a move that even some major developers, discussing its likely impact in London, criticised as damaging to the ‘social mix’ of an area.

Looking beyond the election, the Conservatives have announced plans to waive S106 requirements for 200,000 proposed ‘starter homes’.

Ultimately, warns Alex Marsh, professor of public policy at Bristol University, short-term thinking, aimed purely at stimulating development, will do little to benefit cities – either in terms of homes people can afford, or the environment and infrastructure that supports them.

“If you don’t think holistically, you don’t end up with functioning neighbourhoods,” he says. “S106 has been used to deliver settlements that work – [it’s about thinking how units of housing] integrate with the broader urban system.”

In Bristol, with the council announcing plans to build 1,000 socially rented homes – albeit over 15 years – news on housing hasn’t been all doom and gloom. But whatever the fate of the Carriageworks, it’d take an optimistic observer, or a significant political shift, to see this badly needed resource chiselled out of residential developments in the city.

What does ‘affordable’ actually mean?

Social housing has traditionally been let at low rents, on a secure basis, to those who are most in need or struggling with their housing costs. Councils and not-for-profit organisations such as housing associations have usually provided it. Limits to rent increases set by law mean rents are kept truly affordable.

In 2010 the government cut grants available to social landlords for building and introduced Affordable Rent (AR) – a new ‘product’ by which housing providers could charge up to 80% of local market rents in order to make up the shortfall. Most new ‘affordable homes’ built during this parliament have been for AR, and some 16,000 socially rented homes nationally have been ‘switched over’ during this period.

In more expensive areas, including parts of Bristol, 80% of market rent doesn’t translate to genuine affordability for people on lower incomes. Bristol council, however, states that homes for AR must also sit within Local Housing Allowance (LHA) levels – in other words, they must be able to be covered by housing benefit.

A system by which the occupier of a dwelling buys a proportion of the property and pays rent on the remainder, typically to a local authority or housing association. Shared ownership homes are commonly lumped in with ‘affordable’ quotas.

« Darren Hall: “First they ignore you, then they laugh at you, then you win.” 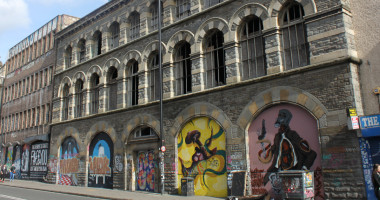 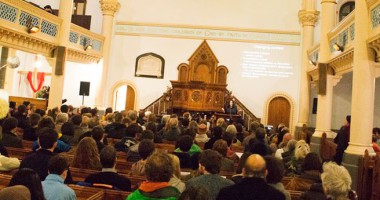 Whose Stokes Croft? The struggle for the city centre?

300 met to discuss and act on corporate gentrification of Stokes Croft in the face of developers plans.