The region’s leaders have reversed their support of Bristol Airport’s proposed expansion.

Campaigners applauded as a motion tabled by metro mayor Dan Norris to formally oppose the plans was approved with some amendments at a meeting of the West of England Combined Authority (WECA) joint committee on Tuesday (September 21).

But South Gloucestershire Council leader Toby Savage branded it “as useful as a chocolate teapot”, despite voting in favour, because the decision on whether the airport can increase passenger numbers from 10 million to 12 million a year lies with planning inspectors at an ongoing public inquiry.

The fate of the expansion will be decided by the end of the year by a national planning inquiry. This is a result of the airport’s appeal against North Somerset Council’s decision last year to refuse planning permission for the expansion plans. In recent weeks, the inquiry has heard evidence from both sides about the impact of expansion on the climate crisis.

Despite passing a motion brought by the Green Party in Bristol City Council to formally oppose airport expansion, Rees has come under criticism from Green councillors for not taking a strong stance against it. He has also spoken in support of the airport aiming to be net zero by the end of the year, which many call greenwashing as it takes into account only the ground operation, not any cars or planes.

Norris said at the meeting, held at Watermore Primary School in Frampton Cotterell: “It is time for moral leadership and I’m really proud that this motion has been carried.

“The people are ahead of the politicians on this issue.

“We have a net zero target for 2030 in our region. That’s a very tough call and a really hard thing to achieve. We have to reduce our CO2 emissions by 10 per cent a year, year on year.

“That is not easy but we should really try to do it and that’s why we need moral leadership today with this motion.” 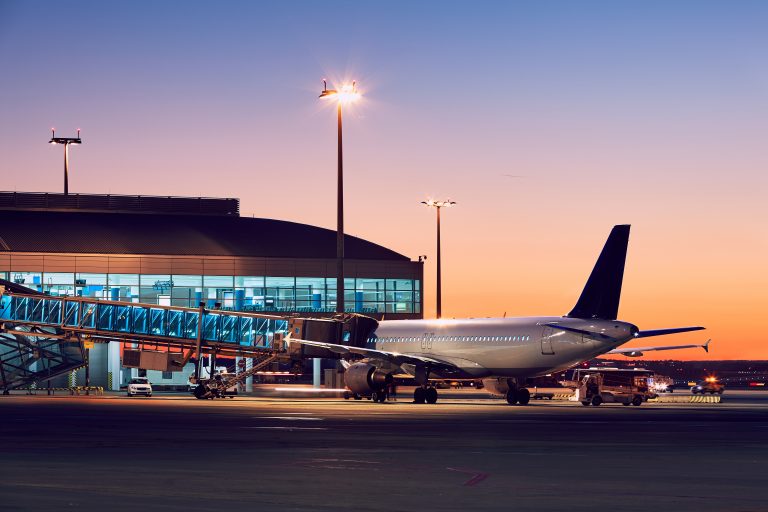 Covid-19 has made us reconsider how much we will fly in future, research suggests

Councillor Savage proposed an amendment deleting the crucial final line saying “the committee resolves to oppose the latest plans to expand Bristol Airport” – which Norris vetoed – but added several sections which were incorporated in the final version as amended by the regional mayor and agreed by members.

These included recognising the importance of the aerospace centre of excellence at Filton, requesting the local authorities’ chief executives to bring a report to next month’s committee on how to support the decarbonisation of aviation and opposing the carbon emissions associated with the airport’s current expansion plans.

Savage told Norris at the meeting: “I welcome your amendment to the original motion and for taking on board the issues we have highlighted. It’s really important we recognise the strong aerospace industry we have in the region.

“We want that to thrive but we need to do more to help the industry with its decarbonising efforts and I am pleased that is in there.

“While I do not doubt how strongly people feel about this, we need to be realistic as to how meaningful it actually is for the combined authority to be opposing the airport expansion.

“It is perhaps as useful as a chocolate teapot but I recognise the importance of the report that will be coming back to the committee that will show what is in the combined authority’s gift to support the aerospace industry in decarbonising.”

He said the airport was not in WECA’s footprint, as North Somerset was a member of the joint committee only and not of the combined authority itself, and that the regional body also had no power over the planning decision either before or now.

Councillor Guy said: “We would be very foolish to think overnight that people would stop flying, so we need to do our utmost to encourage the aerospace industry to be as green as possible as quickly as possible.

“It is really important to say we are opposed to the plans to expand Bristol Airport.”

Councillor Davies said: “The support of the surrounding authorities for the support for our decision to refuse the expansion while we have the planning appeal under way is hugely uplifting for us as an authority.”

The final version of the motion reads:

– There is a climate and biodiversity emergency.

– The West of England has ambition net zero targets for 2030.

– The proposed expansion of Bristol Airport is one of the biggest carbon decisions in the region for the coming decade.

– The pandemic has significantly reduced air travel with a 75.6% drop in passenger numbers in 2020 and is expected to recover although to an unknown level.

– Bristol Airport’s role as an employer in the region and the need for a just transition to a greener economy that does not leave workers worse-off.

– The importance of the wider aerospace centre of excellence at Filton and its major contribution to our economy, skills base and industrial heritage.

– Ongoing efforts being pioneered locally by industry to decarbonise aviation, including through the Jet Zero initiative.

– The Combined Authority’s role as transport authority for its area to improve sustainable and decarbonised travel options to and from the airport.

– To oppose the latest plans to expand Bristol Airport.

– Opposing the carbon emissions associated with the additional expansion of Bristol Airport represented in their latest planning application.

-To request that West of England chief executives bring a report back to the October 2021 meeting of the joint committee setting out a range of proposals to support the decarbonising of aviation.